SEOUL, Sept. 17 (Yonhap) -- North Korea appears to be expanding a uranium enrichment facility at its Yongbyon nuclear complex, in a possible sign that it is gearing up to ramp up production of weapons-grade fissile material, CNN has reported.

Construction appears to be under way at the uranium enrichment plant to expand its floor space by about 1,000 square meters, CNN reported Thursday (U.S. time), citing commercial satellite images it obtained earlier this week.

Quoting an expert's analysis, CNN said the new area is enough to house 1,000 additional centrifuges, which would increase the plant's capacity to produce highly enriched uranium by 25 percent.

A separate analysis on Thursday by 38 North, a U.S. website monitoring North Korea, said that five cooling units at the uranium enrichment plant appear to have been removed between late August and early September, citing recent satellite imagery.

While the purpose of the units' removal is unclear, it may suggest some sort of improvement efforts could be under way to the cooling system, such as upgrading the units with new ones, the website said.

These signs of activities detected at the Yongbyon plant came amid renewed tensions after the North test-fired two short-range ballistic missiles Wednesday and a new type of cruise missile over the weekend.

They also came after the recent report by the International Atomic Energy Agency (IAEA) that Pyongyang appears to have reactivated its 5-megawatt nuclear reactor at the Yongbyon complex, judging by possible activities indicative of a discharge of cooling water. The North previously reprocessed spent fuel rods from the reactor to harvest plutonium for nuclear bombs. 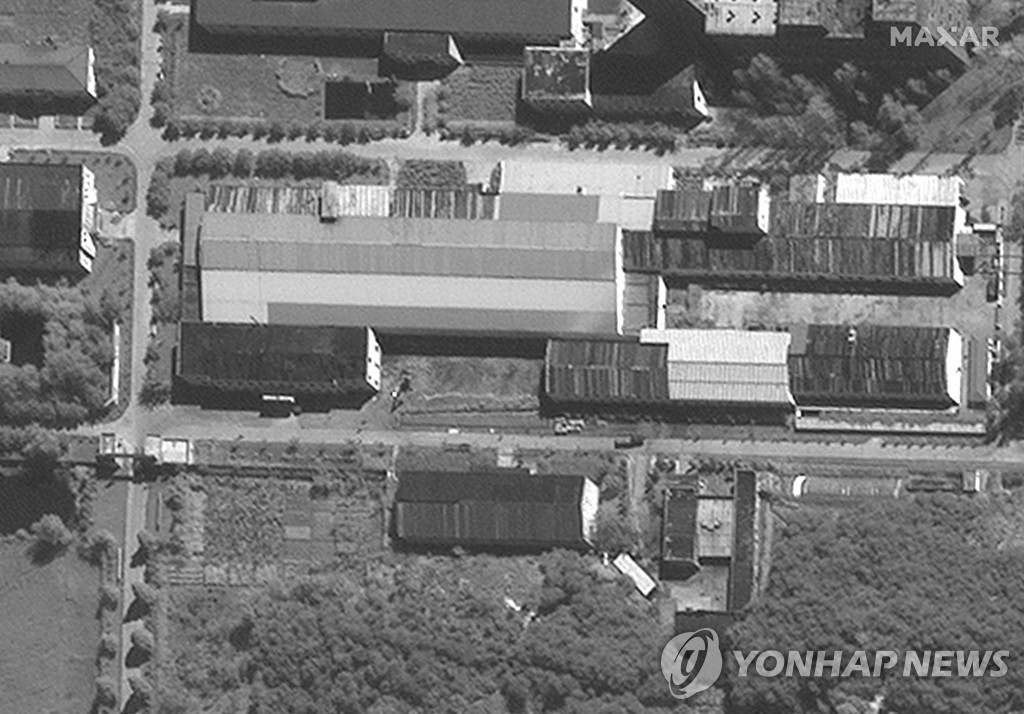