According to the data from the National Police Agency, disclosed by Rep. Huh Young of the Democratic Party, the number of traffic accidents involving electric scooters and other personal mobility devices came to 897 in 2020, up nearly fourfold from 225 in 2018.

During the same time period, the number of injuries and deaths among riders of such devices rose sharply from 238 to 895 and four to 10, respectively.

Of the total traffic accidents during the three years, 56 percent, or 890 cases, occurred between a personal mobility device and a vehicle, while 495 were between a device and a person.

Amid growing traffic accidents among electric scooter riders, the amended Road Traffic Act went into effect in May, allowing only riders with at least a motorcycle license to use the device, for which the minimum age was set at 16. Police have since cracked down on law offenses, such as unlicensed driving and not wearing protective gear, but many have raised questions about the law's effectiveness.

Rep. Huh pointed out a vacuum in relevant regulations, attributable to a belated law revision, that led to such a sharp increase in traffic accidents.

"The immense rise in traffic accidents can be primarily attributed to the spread of safety insensitivity while the relevant law revision was being stalled," the lawmaker said, calling for further related legal measures. 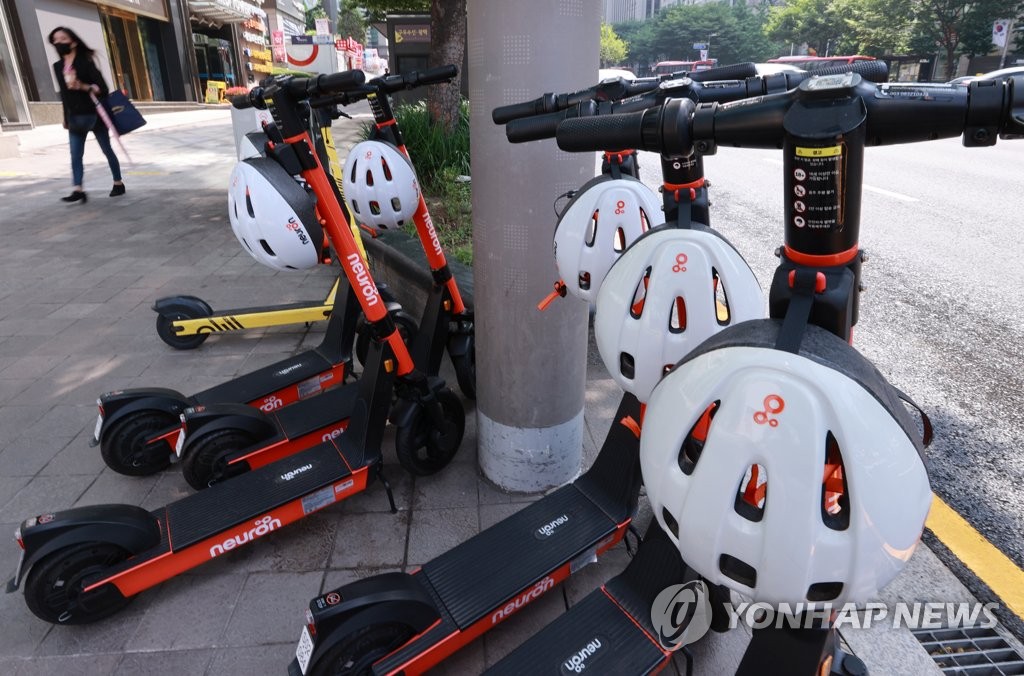