It introduced the Framework Act on Carbon Neutrality last month, becoming the 14th country in the world to do so, with a plan to finalize a specific "scenario" in its journey toward the goal in October. 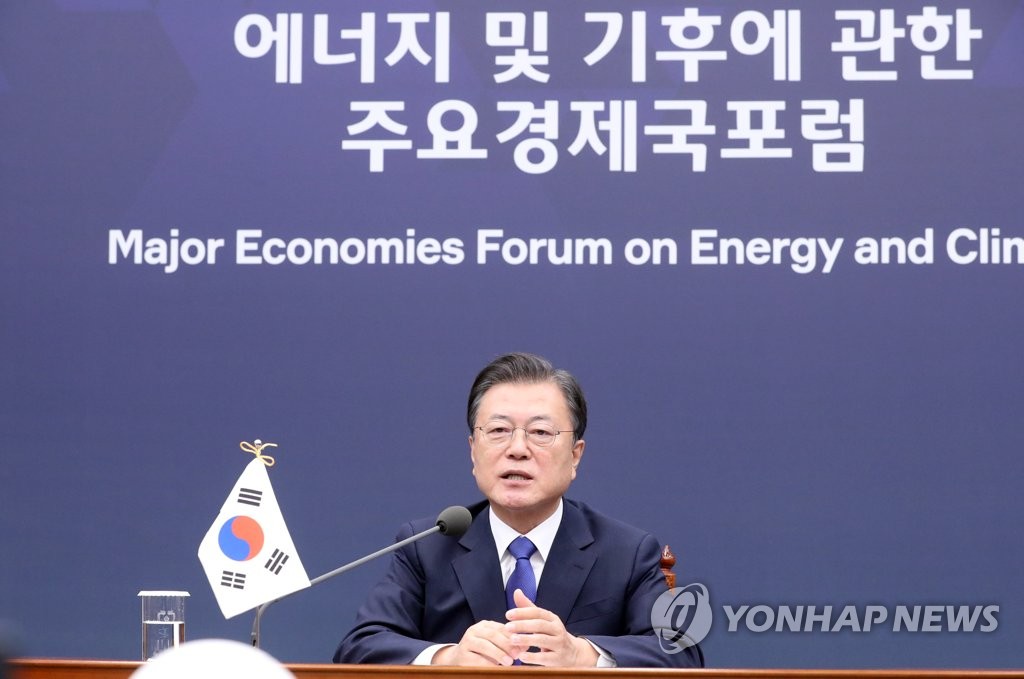 Moon reaffirmed that Seoul will announce an update of its 2030 greenhouse gas emission reduction target at a major summit on the U.N. climate action in November, known as COP 26. The country is moving to raise its 2030 Nationally Determined Contribution (NDC).

It is also seeking to host the COP 28 U.N. Climate Change Conference in 2023.

The MEF was launched in 2009 by then U.S. President Barack Obama. It is aimed at facilitating candid dialogue among major emitting countries, both developed and developing, to help generate the political leadership necessary to expand the use of clean energy and cut greenhouse emissions.

The forum, joined by 17 major economies, was suspended under the Donald Trump administration. 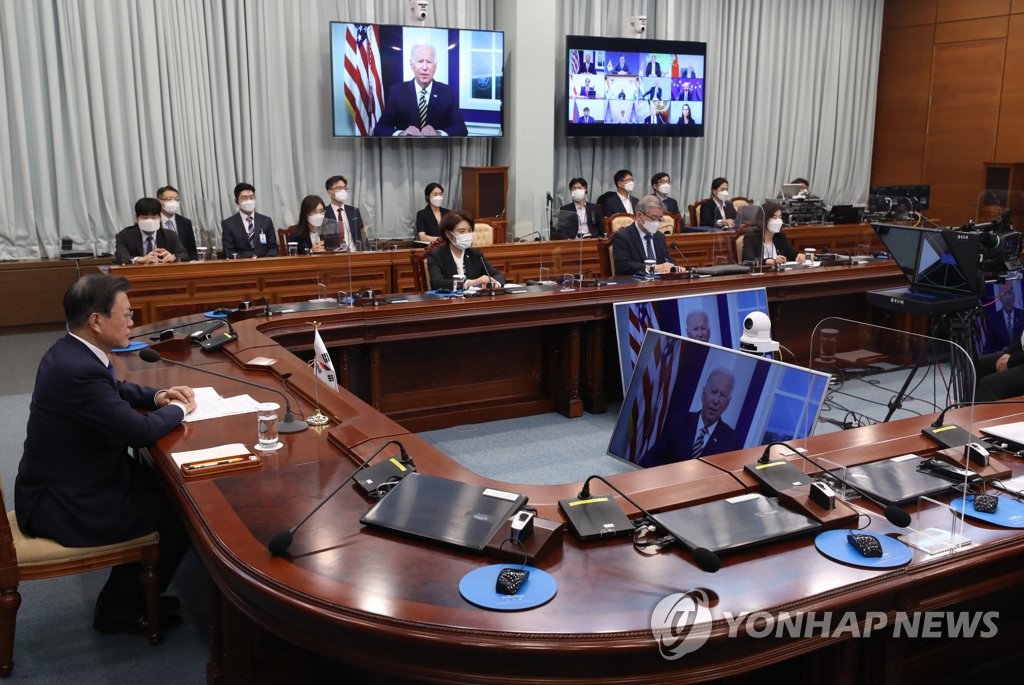