Paik Seung-ho converted a 49th-minute penalty to lift Jeonbuk to a 1-0 win over Suwon Samsung Bluewings at Jeonju World Cup Stadium in Jeonju, 240 kilometers south of Seoul. By extending their undefeated run to three matches, Jeonbuk improved to 54 points after 29 matches, just one behind Ulsan. 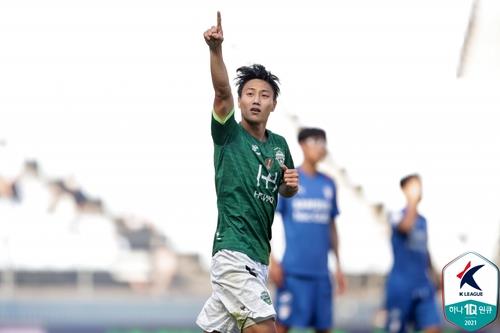 Later on Saturday, Ulsan dropped to Daegu FC 2-1 to stay at 55 points, also after 29 matches.

K League 1 clubs will play 33 matches before they're split into two tiers, with the top six getting into "Final A" and the bottom six ending up in "Final B." Teams will then play five more matches within their groups to wrap up the season.

Jeonbuk are trying to win a record-setting five consecutive championship. The past two have come at the expense of Ulsan, which have the dubious record of most runner-up finishes in K League history with nine.

Jeonbuk and Suwon were scoreless in a dull first half, but Yang Sang-min's challenge on Moon Seon-min in the box set up what proved to be the decisive penalty.

Paik stepped up for the kick and beat Yang Hyung-mo with his right foot. 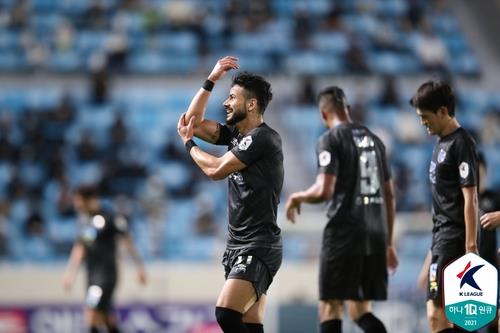 Suwon, with three draws and seven losses in their past 10 contests, have not won since defeating FC Seoul 3-0 on May 29.

Ulsan have been at the top of the tables for most of the season and went undefeated for the month of August.

But against Daegu, Ulsan failed to make Valeri Qazaishvili's 14th-minute goal stick as the winner. Edgar netted the equalizer for the home team in the 55th minute and fellow Brazilian Cesinha had the go-ahead marker seven minutes later at Forest Arena in Daegu, 300 kilometers southeast of Seoul.

Also on Saturday, Jeju United and Gwangju FC played to a 1-1 draw.

Kim Ju-kong had the match's first goal for Gwangju in the ninth minute, only to see Jeju pull even with a 90th-minute penalty by Joo Mink-kyu.

Joo is now tied with Lars Veldwijk of Suwon FC for the league lead at 15 goals. 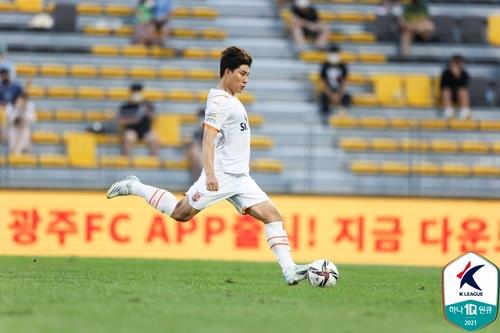