SEOUL, Sept. 20 (Yonhap) -- North Korea on Monday denounced a United States decision to help build nuclear-powered submarines for Australia as an "extremely undesirable and dangerous" move that can trigger off a nuclear arms race.

The North will also take "corresponding counteraction in case it has even a little adverse impact on the security" of the country, the foreign news section chief of the North's foreign ministry told the official Korean Central News Agency.

The United States on Wednesday announced the launch of a new trilateral security partnership with Australia and Britain, and said the countries will also work to equip Australia with "conventionally armed" nuclear submarines.

"These are extremely undesirable and dangerous acts which will upset the strategic balance in the Asia-Pacific region and trigger off a chain of nuclear arms race," he was quoted as saying in the KCNA.

He added that Pyongyang is "closely looking into the background" of the U.S. decision. 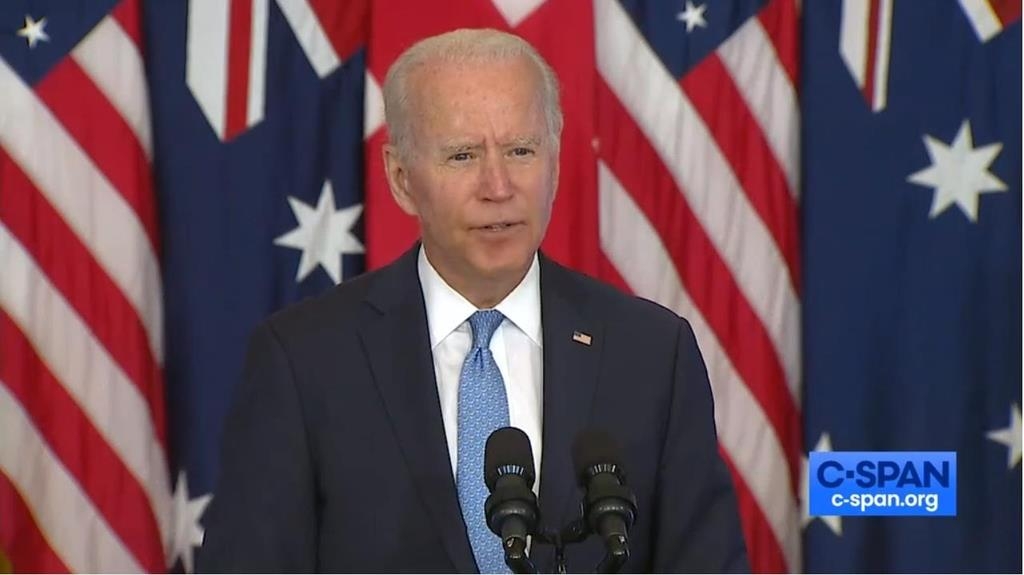 The official also took aim at the Joe Biden administration, saying that "the U.S. double-dealing attitude ... erodes the universally accepted international norm and order and seriously threatens the world peace and stability."

He then supported China and other neighboring countries' criticism that the deal destroys the regional stability and the "international nuclear non-proliferation system."

"The prevailing situation shows once again that bolstering the capabilities for national defence from a long-term perspective should not be slackened even a bit in order to cope with the ever-changing international security environment," he added.

On Wednesday, Biden stressed that that the submarines will only be nuclear-powered, not nuclear-armed, and said the countries will consult on Australia's acquisition of nuclear-powered submarines over the next 18 months.