He said South Korea will continue its drive for innovation and play a leading role in the campaign to resolve such global problems as COVID-19 and the climate crisis.

Earlier in the day, the World Intellectual Property Organization (WIPO) released its latest innovation index report, in which South Korea ranked fifth after Switzerland, Sweden, the United States and Britain. 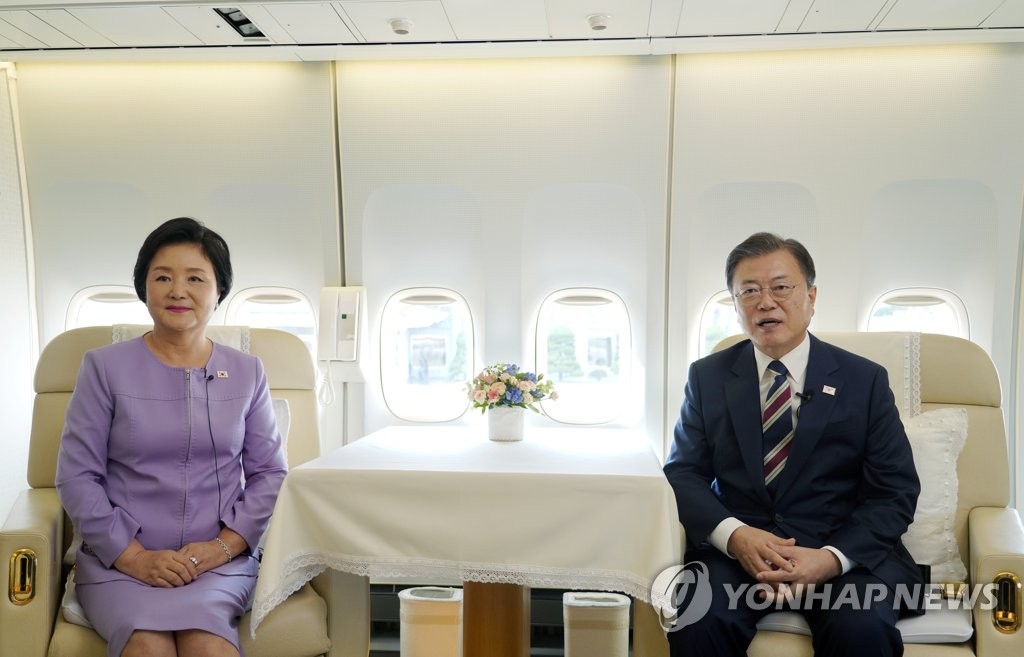 The agency described South Korea as a "fast-climber," noting that it rose five notches from last year, driven partly by creativity, like K-pop music.

"I heard news to brag about in New York," Moon wrote on social media in reference to the WIPO's assessment, as he was on a visit here to attend the annual session of the U.N. General Assembly.

"South Korea ranked first among Asian countries and the WIPO lauded it for 'spectacular jump (from 10th to 5th)'," he said.

Moon noted that, "This is the achievement from our bold innovation and preparations for the future amid difficult situations internally and externally attributable to COVID-19."