(ATTN: UPDATES with press briefing in paras 6-8)
By Lee Chi-dong

He had summit talks with President Borut Pahor of the European nation on the sidelines of the U.N. General Assembly session.

They discussed bilateral relations, the Korean Peninsula security situations and global cooperation, according to Moon's office.

Moon expressed hope that the new embassy, once established, will "play a meaningful role in promoting the mutual understanding of the two countries' peoples and expanding trade," it added. 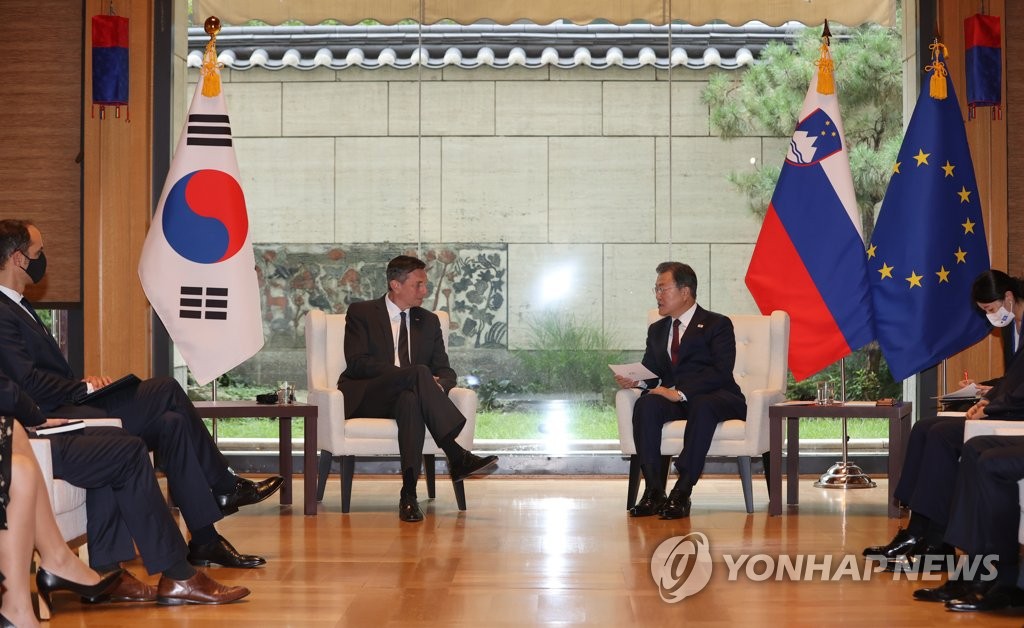 Pahor shared the expectation and proposed joint efforts for the broadening of shipping and logistics cooperation, especially using the Slovenian port of Koper, as well as trade and investment.

He described South Korea as an important regional partner of Slovenia, saying the two sides have a lot to learn from each other, Cheong Wa Dae spokesperson Park Kyung-mee told reporters.

Moon, meanwhile, expressed hope for the expansion of partnerships on nuclear energy.

He said South Korean firms with advanced technology can participate in projects for the facility improvement of the Krsko nuclear power plant in Slovenia and the construction of an additional one.

Moon congratulated Slovenia on assuming this year's presidency of the EU Council and requested close cooperation to develop a strategic partnership between South Korea and the EU.

Pahor reaffirmed his nation's support for the Korea peace process.

The two bestowed special medals on each other for their relevant efforts.

They had the previous bilateral summit in early 2018, when Pahor visited South Korea on the occasion of the PyeongChang Winter Olympics.