Guterres noted that the two Koreas mark the 30th anniversary this year of simultaneously becoming members of the U.N. and expressed hope that it will serve as an opportunity for the two sides to improve their relations.

He promised close cooperation with the South Korean government in that regard, Cheong Wa Dae added. 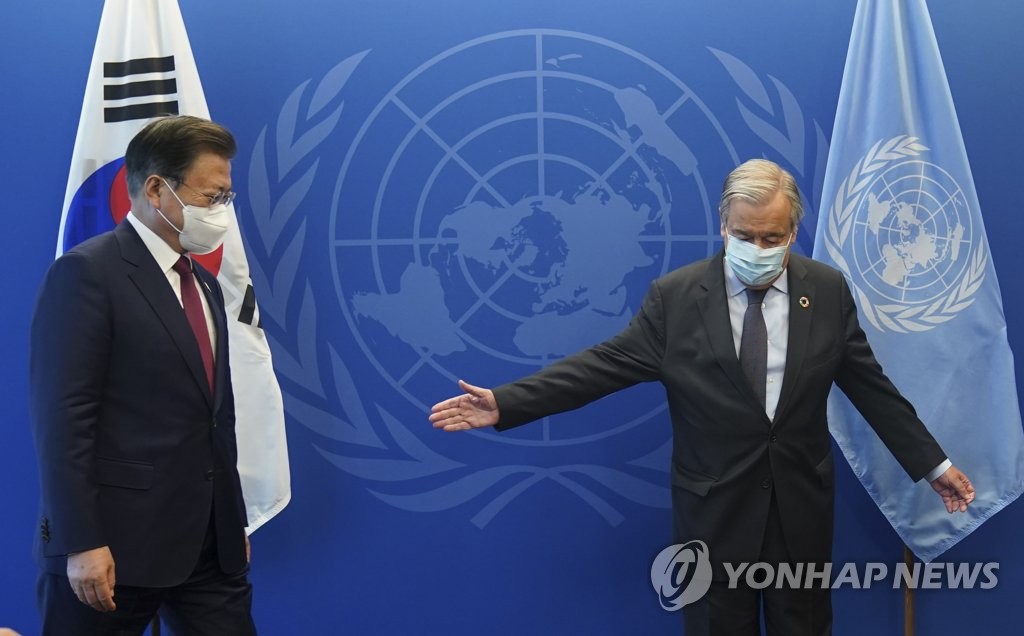 Moon briefed the U.N. chief on South Korea's plan to host an international conference on peacekeeping operations (PKO) in December and play a proactive role in the campaign to achieve the U.N.-led sustainable development goals (SDGs). Strengthening PKO is one of the U.N.'s key tasks under the leadership of Guterres.

It marked their sixth meeting. Earlier in the day, they attended the opening session of the second SDG Moment event, along with BTS, a South Korean boy band, at the U.N. headquarters. 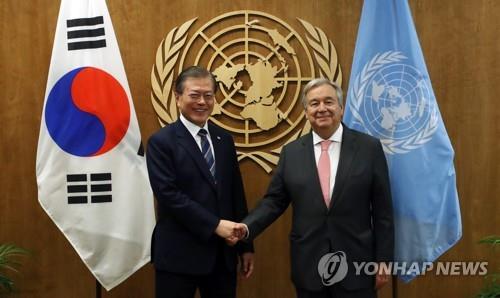