He unveiled the plan during his summit talks with his Vietnamese counterpart Nguyen Xuan Phuc in New York on the sidelines of the U.N. General Assembly session, according to Cheong Wa Dae spokesperson Park Kyung-mee.

Moon said South Korea plans to give Vietnam 1 million vaccine doses, or more, in October while pointing out that the two countries have tried to overcome the coronavirus together from an initial phase, sharing relevant materials.

It would represent South Korea's first direct provision of vaccine to a foreign nation, except for financial support through the COVAX program. 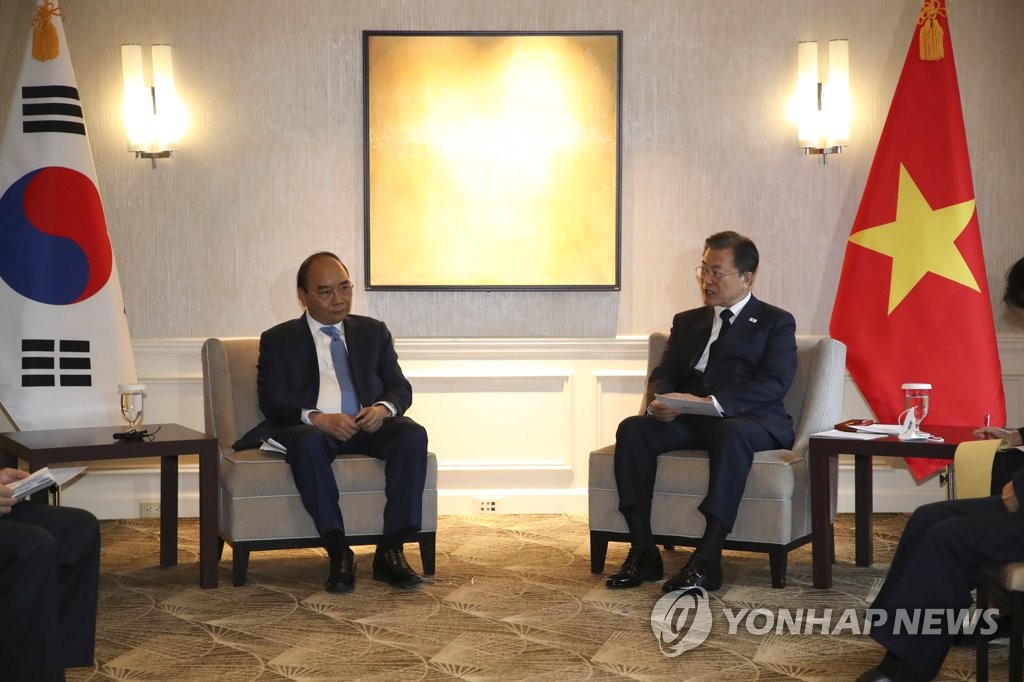 Moon and Phuc agreed that the two nations are "optimal partners," having deepened their cooperation in various fields including politics, economics and people-to-people exchanges.

They agreed to "make joint efforts for bilateral relations to take off once again on the occasion of the 30th anniversary of their countries' diplomatic relations next year," Cheong Wa Dae said.

In 2009, the countries upgraded their relationship to a "strategic cooperative partnership."

Moon, in particular, requested Vietnam's support for the safety and protection of South Korean people and businesses in the Southeast Asian country.

They talked about the security conditions of the Korean Peninsula and Myanmar and agreed on close partnerships, according to Moon's office. 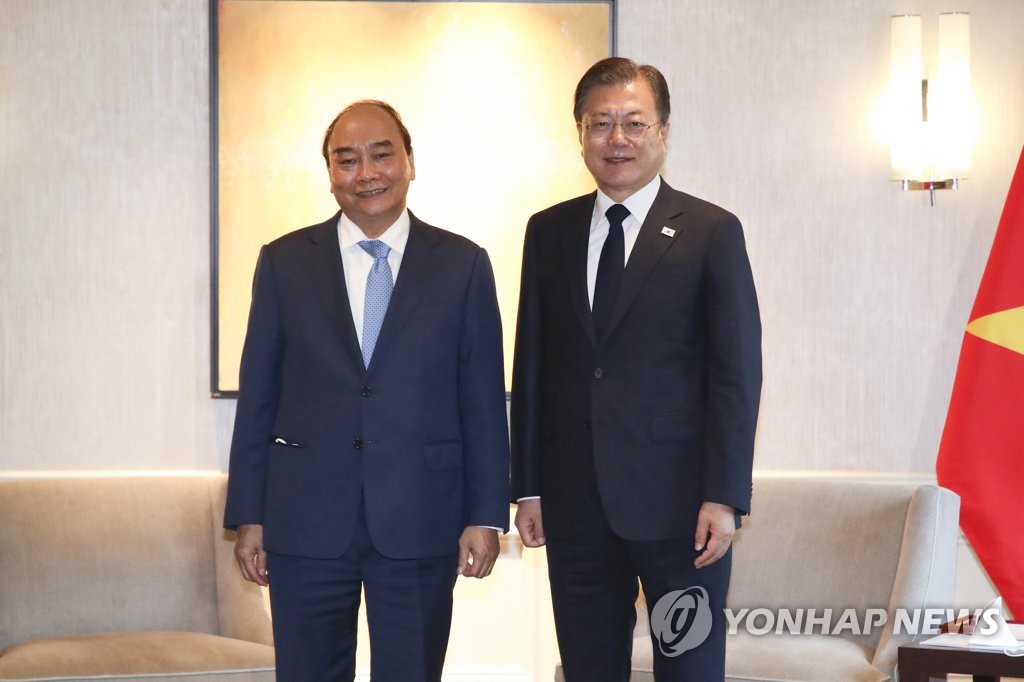 (LEAD) S. Korea to give Vietnam 1 mln doses of vaccine next month

(LEAD) S. Korea to give Vietnam 1 mln doses of vaccine next month