The announcement came at a ceremony in New York, attended by President Moon Jae-in, on partnerships between South Korea and the U.S., it added.

Cytiva, which provides technologies to advance the development and manufacturing of therapeutics, has already submitted a report to South Korea's Ministry of Trade, Industry and Energy for its plan to make the investment from 2022 until 2024. 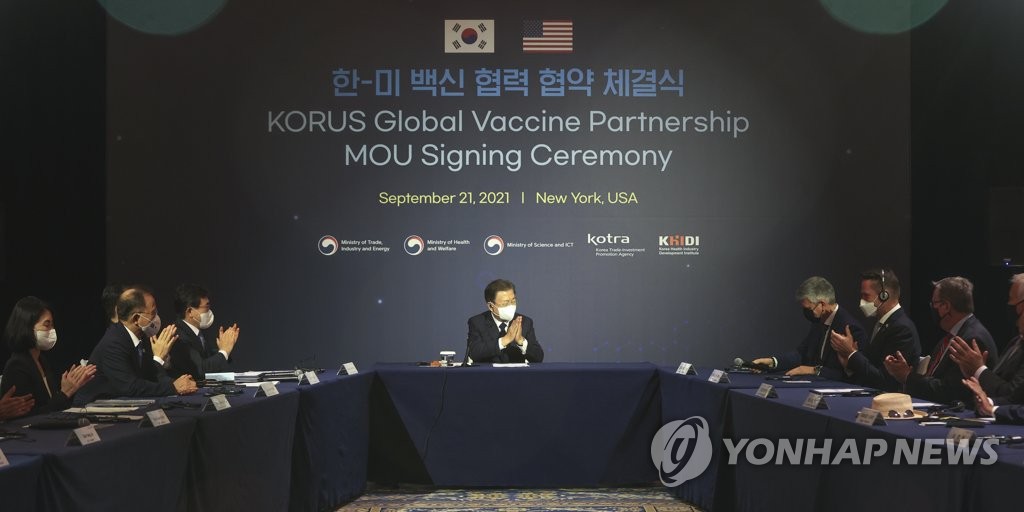 Under the agreement, Cytiva plans to produce disposable cell culture fluid in South Korea, as the material necessary for vaccine production is in short supply worldwide due to the COVID-19 pandemic.

"It is a global vaccine material producer's first investment decision for a new manufacturing facility in South Korea since the COVID-19 pandemic," the health ministry said in a release. "(Cytiva's investment) is expected to establish a stable supply chain for the vaccine materials and contribute to South Korea's plan to become a global vaccine hub."

The company's decision for the investment seems to have been attributed to South Korea's biopharmaceutical production capacity, the second-largest in the world. South Korea also made public a plan to invest 2.2 trillion won (US$1.8 billion) over the next five years in its strategy to become a "global vaccine hub."

South Korea and the U.S. also signed four memorandums of understanding (MOUs) between their companies, all of which are small-and medium-sized, and four other MOUs between research institutes.

It shows that vaccine cooperation between the allies are expanding to SMEs and venture start-ups from conglomerates, according to Cheong Wa Dae.

During their White House summit in May, Moon and U.S. President Joe Biden agreed to establish a comprehensive KORUS Global Vaccine Partnership. It is meant to strengthen the allies' joint response capabilities for infectious disease through international vaccine cooperation, including scientific and technological cooperation. 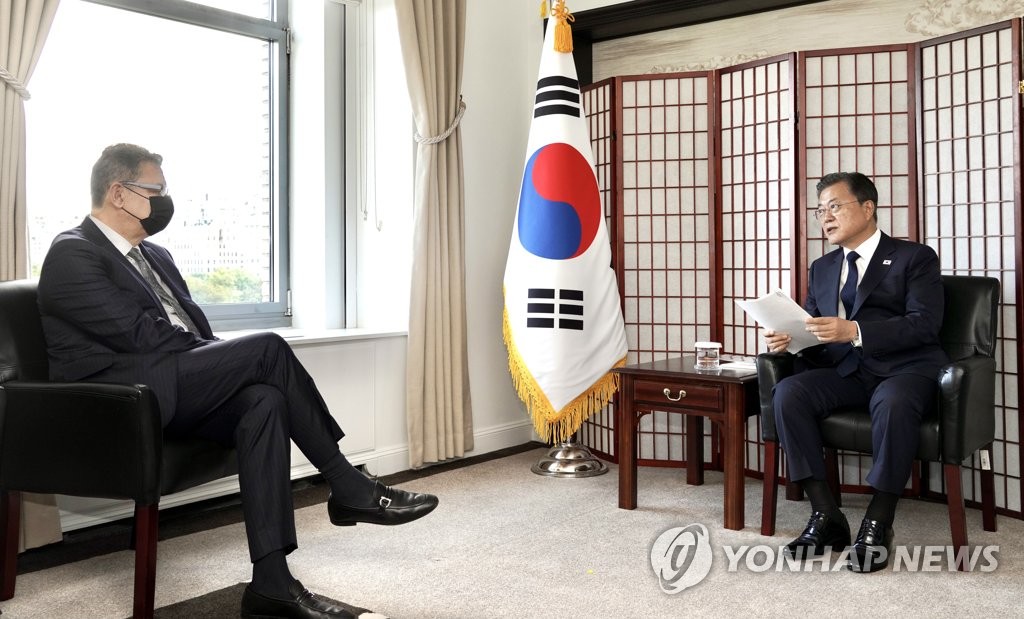 Earlier in the day, Moon met with the head of Pfizer Inc. and talked about ways for partnership.

At the start of the meeting with Albert Bourla, chairman and CEO of Pfizer, Moon said Pfizer has given the world the hope of overcoming the pandemic by offering its mRNA vaccine.

Moon and Bourla then discussed South Korea's plan to secure additional supplies of vaccines next year. South Korea has a contract with Pfizer to purchase 30 million doses of vaccine.

The president stressed the importance of the early supply of vaccines and requested Bourla's support, according to Cheong Wa Dae.

Moon also raised the issue of public controversies over whether COVID-19 booster shots are safe and effective.

The Pfizer CEO said there is a similar debate going on in the U.S. and his company views booster shots as necessary.

When Moon asked him about inoculation for kids aged five to 11, he cited a recent study showing that just a third of an adult shot works.