"When the parties involved in the Korean War stand together and proclaim an end to the War, I believe we can make irreversible progress in denuclearization and usher in an era of complete peace."

Declaring an end to the war will "mark a pivotal point of departure in creating a new order of 'reconciliation and cooperation' on the Korean Peninsula," he added.

It marked his last speech at the annual U.N. session, with his single five-year tenure slated to finish in early May 2022. 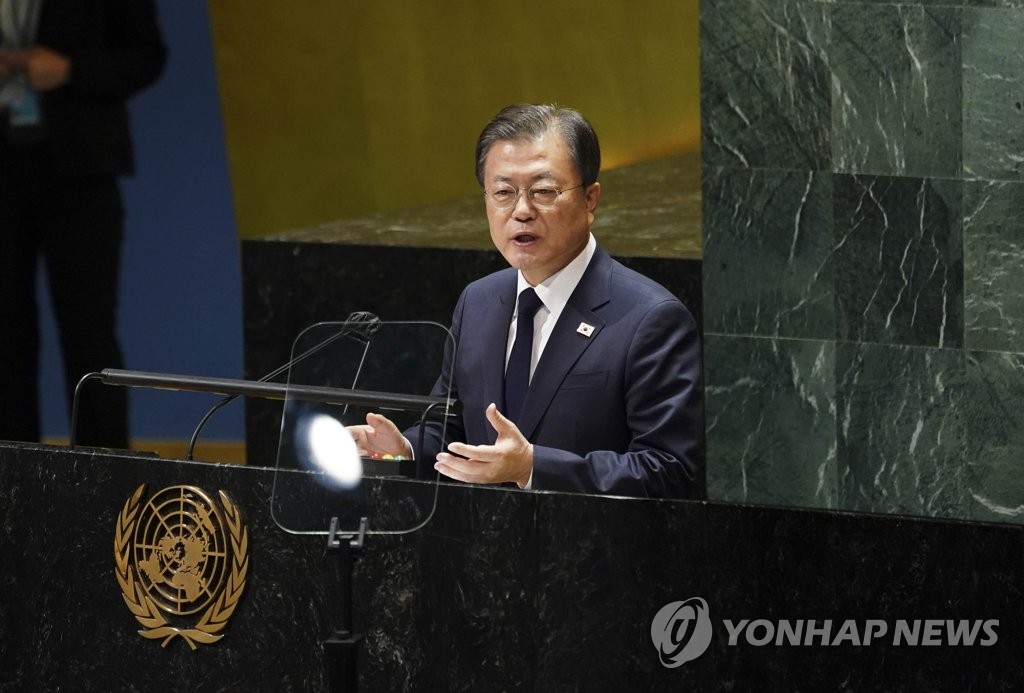 His proposal for such a declaration was not new. He made the offer during his U.N. General Assembly speech in 2018 and last year.

But this year's offer was delivered in a stronger tone and more specifically.

He asked the world to explore ways for cooperation.

"I expect that the international community, together with Korea, remain always ready and willing to reach out to North Korea in a cooperative spirit, he said.

He also called for "speedy resumption of dialogue" between the two Koreas and between the U.S. and North Korea.

"I hope to see that the Korean Peninsula will prove the power of dialogue and cooperation in fostering peace," Moon said, citing a set of inter-Korean agreements as well as the Pyongyang-Washington summit accord signed in Singapore in 2018.

This year, especially, marks the 30th anniversary of the U.N. approving the both Koreas as its members simultaneously, he noted.

Moon made no mention of North Korea's recent test-launches of ballistic and cruise missiles. 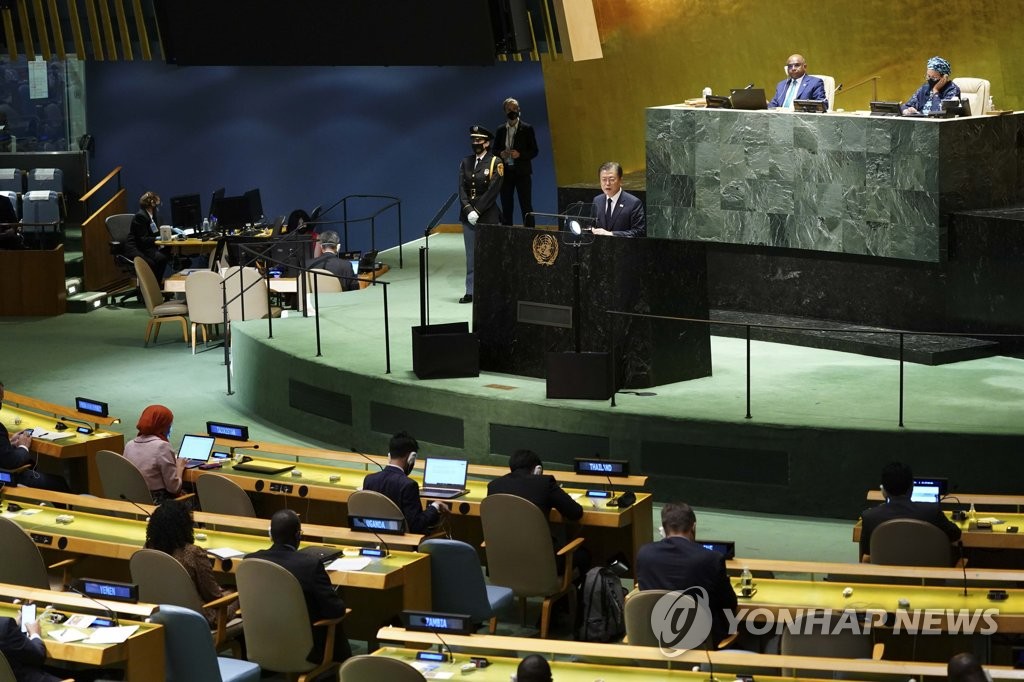 He instead proposed the resumption of an inter-Korean program to get separated families reunited.

"Heeding the yearnings of the separated families, already advanced in age, we must lose no time in pressing ahead with their reunions," he stated.

He added that the two Koreas can work together in regional platforms such as the Northeast Asia Cooperation for Health Security, which will make them respond more effectively to infectious diseases and natural disasters.

"As a community bound by common destiny on the Korean Peninsula, and as the members of the global community, the South and North, I hope, will come together to join forces," Moon said.

Moon described the recent situation in Afghanistan as a "stark reminder" of the U.N.'s crucial role in advancing peace and human rights and reaffirmed Seoul's commitment to more contributions to the international community. In December, it is scheduled to host the U.N. ministerial meeting on peacekeeping.

A task most urgent for the global community is delivering an inclusive recovery from the coronavirus crisis, he emphasized.

"Now a responsible member of the international community, (South) Korea is determined to step up its efforts to help countries prosper together and embrace one another," he said. "It will take the lead in putting forward a vision for partnership and co-existence that can be shared by both developed and developing countries."