The meeting took place at Korean Culture Center New York while she was visiting the city this week with President Moon Jae-in, who attended the U.N. General Assembly.

Brian Jon, the founder of the Asian American Youth Council (AAYC) who is known for his campaign that led to the first designation of Hanbok Day, was among the people who attended the event. Hanbok is the Korean traditional outfit.

At the meeting, Kim highlighted that Korean pop culture has created "a universal bond" that transcends race and borders, with the elevation of its global stature thanks to the contributions of Koreans working in the cultural fields.

Calling their efforts and passion "the future of the 7.5 million ethnic Korean community," Kim asked them to take pride in promoting the value of their culture to the world and serve as the foundation for promoting cultural exchanges between South Korea and the United States. 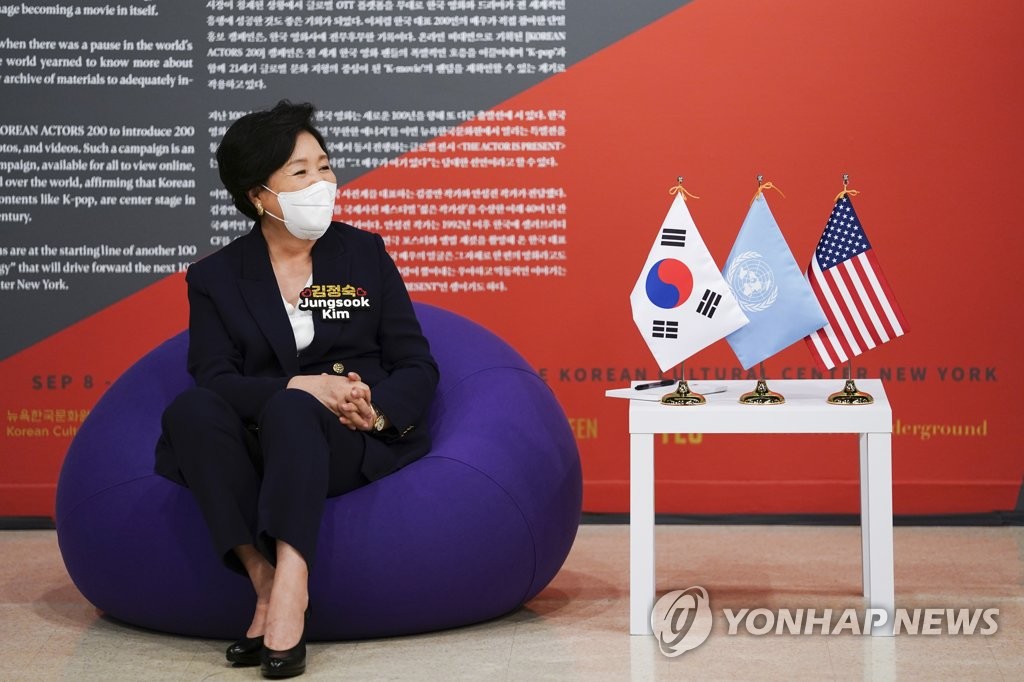