The two ministers noted that their bilateral ties have deepened based on the friendship and trust between the countries' leaders, and agreed to continue working together to create more synergy between Korea's key New Southern Policy and India's Act East Policy.

They also agreed to push for the resumption of high-level exchanges, including the vice-ministerial "two plus two" talks of foreign and defense ministers, as they watch the COVID-19 outbreak situations.

At the talks, Chung asked for India's active support for Seoul's peace process on the Korean Peninsula. Jaishankar, in turn, said he will continue to cooperate for substantive progress as a country currently serving as a nonpermanent member of the U.N. Security Council.

The ministers also agreed to boost cooperation and communication in various fields ranging from defense and science and technology to climate change, the foreign ministry said. 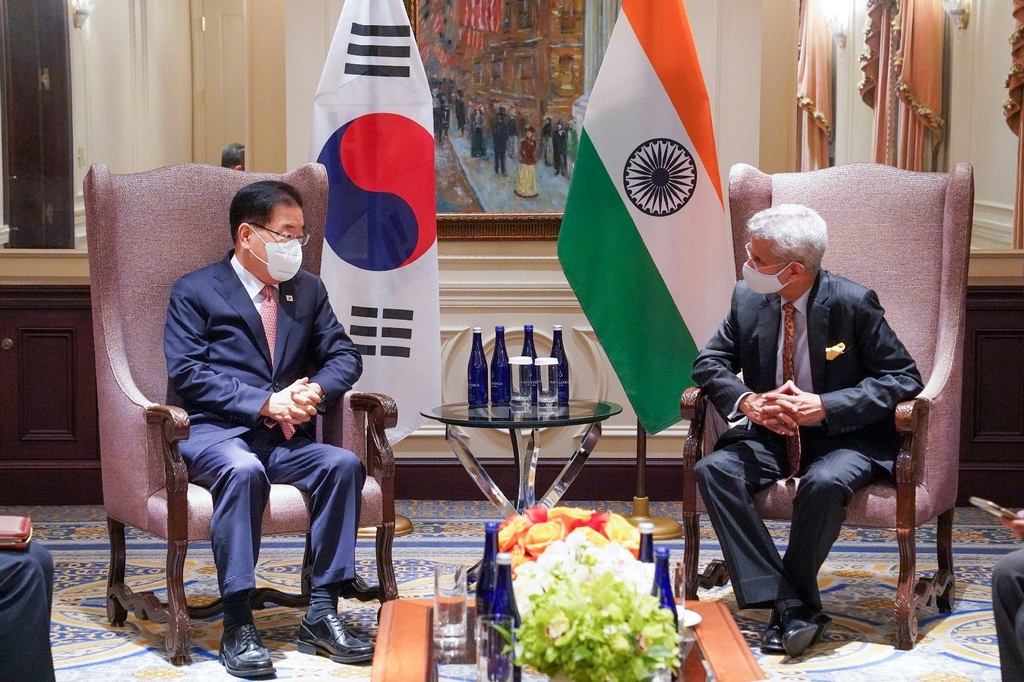