SEOUL, Sept. 22 (Yonhap) -- Lee Jun-seok, chairman of the main opposition People Power Party (PPP), and his fellow lawmakers left for the United States on Wednesday, a visit that comes months ahead of South Korea's next presidential election.

Lee and six other PPP lawmakers are on a weeklong trip that will also take them to New York and Los Angeles, where they plan to meet various U.S. officials and representatives of the overseas Korean community in America.

Before departing for Washington, Lee said he plans to discuss a slew of key issues, including South Korea's diplomacy with the U.S., when he meets with senior U.S. officials.

"The Moon Jae-in government's North Korea policy pushed for during the Trump administration is on course to be scrapped substantially," Lee told reporters at Incheon International Airport, west of Seoul.

"Since the launch of the Moon government, our U.S. diplomacy has experienced confusion and gone back and forth between cold and hot water," Lee said. "We plan to talk with senior U.S. officials about a new orientation as a mandated political party."

They also plan to meet with Korean residents to encourage their participation in the absentee vote for the presidential election, slated for March next year. 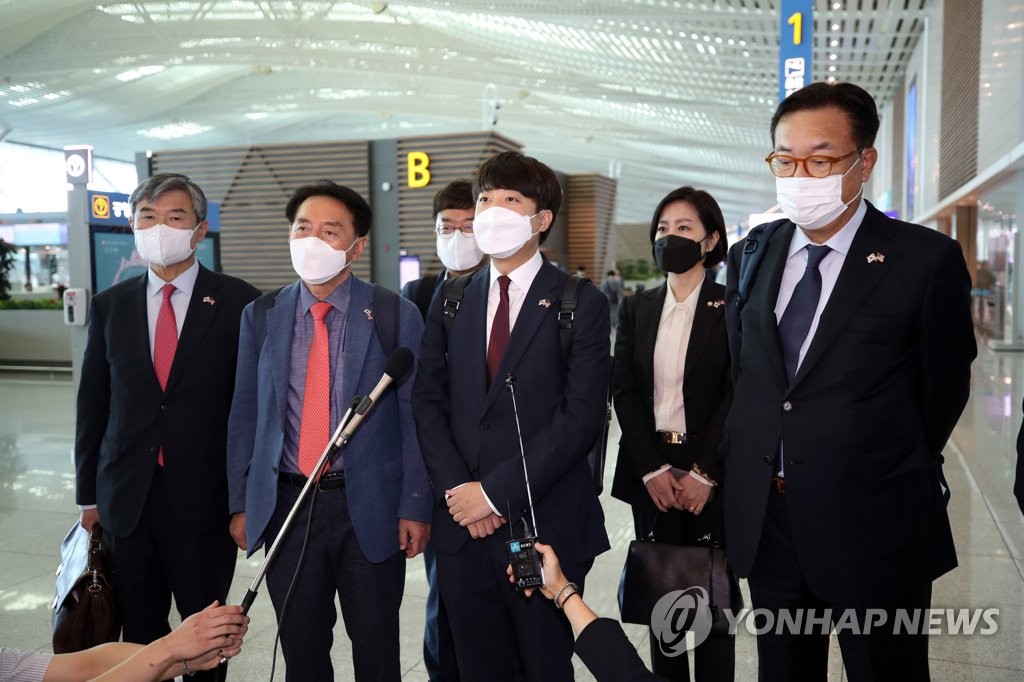