Moon is scheduled to join an alliance ceremony here Wednesday to transfer the remains of Korean and American troops killed during the 1950-53 Korean War. It would be the first time for a South Korean president to attend such a remains repatriation ceremony held abroad, according to Cheong Wa Dae. 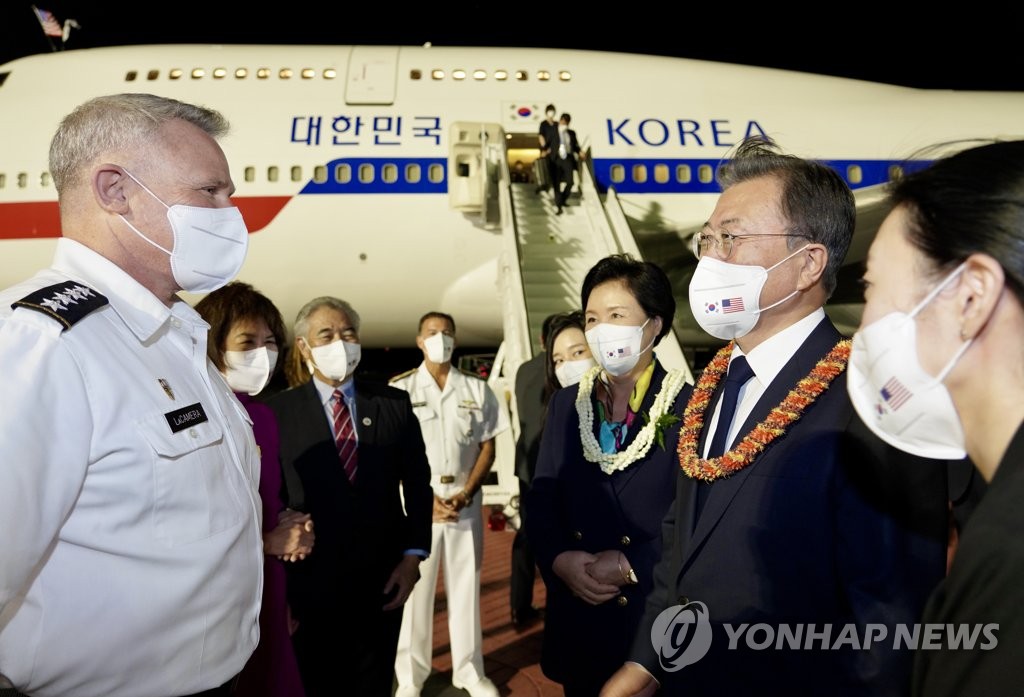 Moon will also award posthumous medals to independence fighters who devoted themselves, while living in Hawaii, to efforts for Korea's liberation from Japan's colonial rule from 1910-45.

He plans to head to Seoul later in the day.