It marked the first time that a South Korean president held a medal-awarding ceremony abroad for those recognized for independence activities during Japan's colonial rule of Korea from 1910-45, Cheong Wa Dae said.

Moon bestowed the Order of Merit for National Foundation on the two late figures -- Kim No-di and Ahn Jung-song -- for their role in raising funds for independence fighters, while residing on this island. 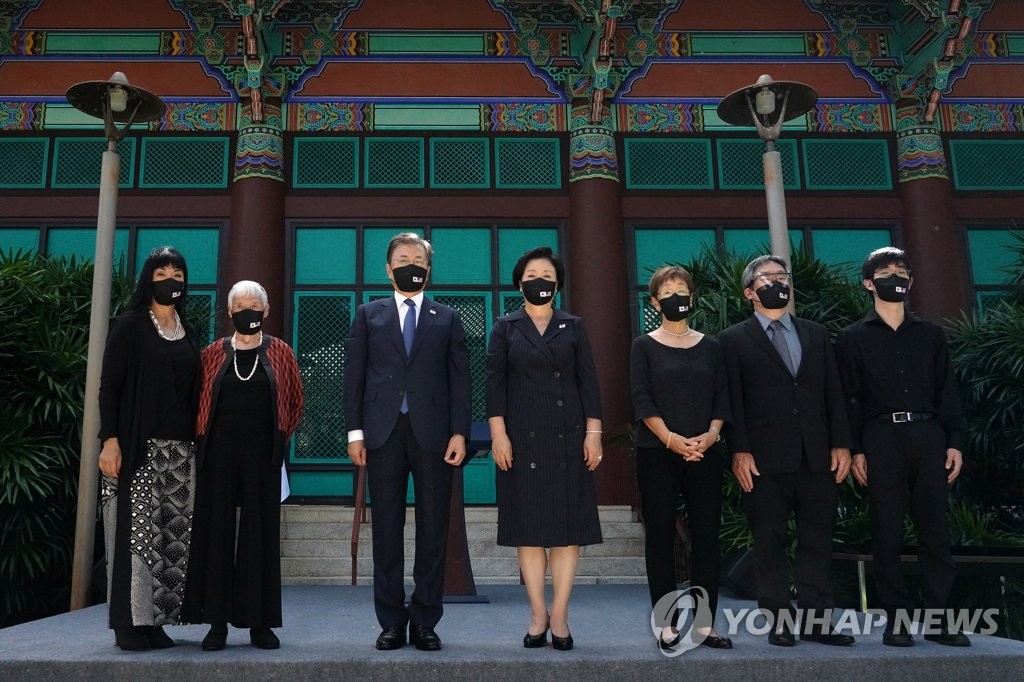 The ceremony took place at the Korean Language Flagship Center at the University of Hawaii at Manoa (UHM).

A shipload of Korean immigrants arrived in Hawaii in 1903 to work on pineapple and sugar plantations and many others followed suit. Hawaii served as home for ethnic Koreans raising funds for the independence movement.

Moon flew to Honolulu on Tuesday following a visit to New York for the U.N. General Assembly session.

Just ahead of the medal-awarding ceremony, Moon visited the National Memorial Cemetery of the Pacific and paid tribute to war dead including those who were killed in the 1950-53 Korean War. 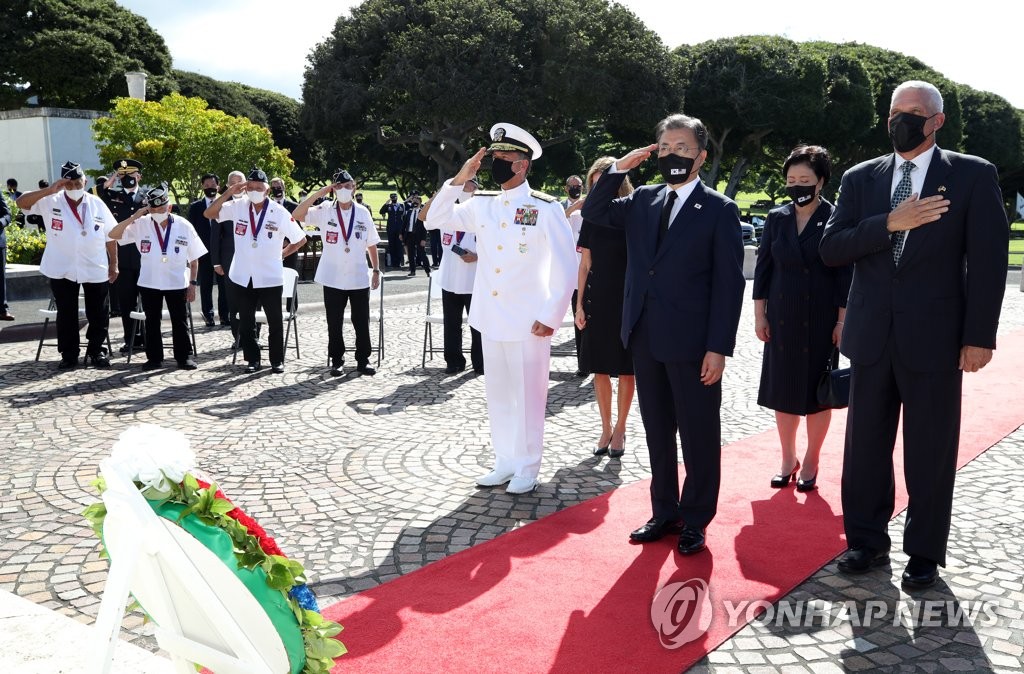 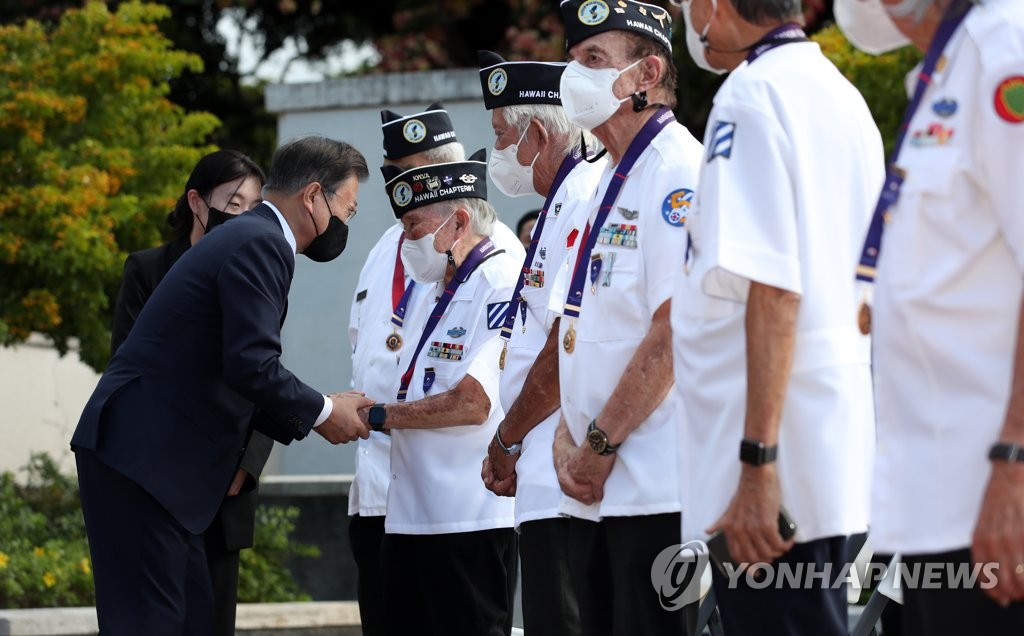