The combined operating income of 246 listed firms is expected to reach 59.6 trillion won (US$50.6 billion) for the July-September period, up about 49 percent from a year earlier, according to FnGuide.

The operating profit outlook still remains high though it is much lower than forecasts of 118 percent and 91 percent for the first and second quarters of the year, respectively.

The companies cover corporations for which three or more securities companies have put forward earnings projections.

Of the total firms, the operating profit outlook for 230 has risen about 5.5 percent since the end of June.

FnGuide said steelmaker, shipping lines, petrochemical firms, airlines and leisure companies, which have been hit hard by the coronavirus outbreak, are projected to see their combined operating profit spike in the third quarter from a year earlier.

FnGuide also said the listed companies' total operating profit is expected to soar about 72 percent on-year to 54.1 trillion won in the October-December period. 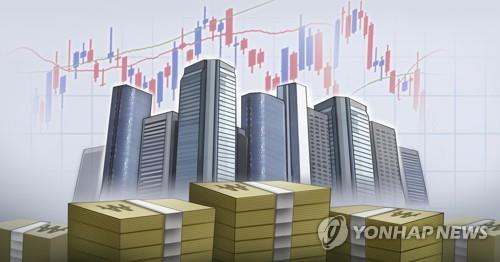