The declaration, if achieved, will serve as "new hope and courage to all those who wish for peace beyond the Korean Peninsula," he said during the joint war remains handover ceremony at Hickam Air Force Base in Hawaii.

Moon, in his keynote speech at the U.N. General Assembly session in New York on Tuesday, proposed the two Koreas and the United States, possibly joined by China, proclaim an end to the 1950-53 conflict that finished in an armistice, not a peace treaty.

Delivering a memorial address at the remains transfer ceremony Wednesday, the president said what fallen heroes want the most is "complete peace on the Korean Peninsula." 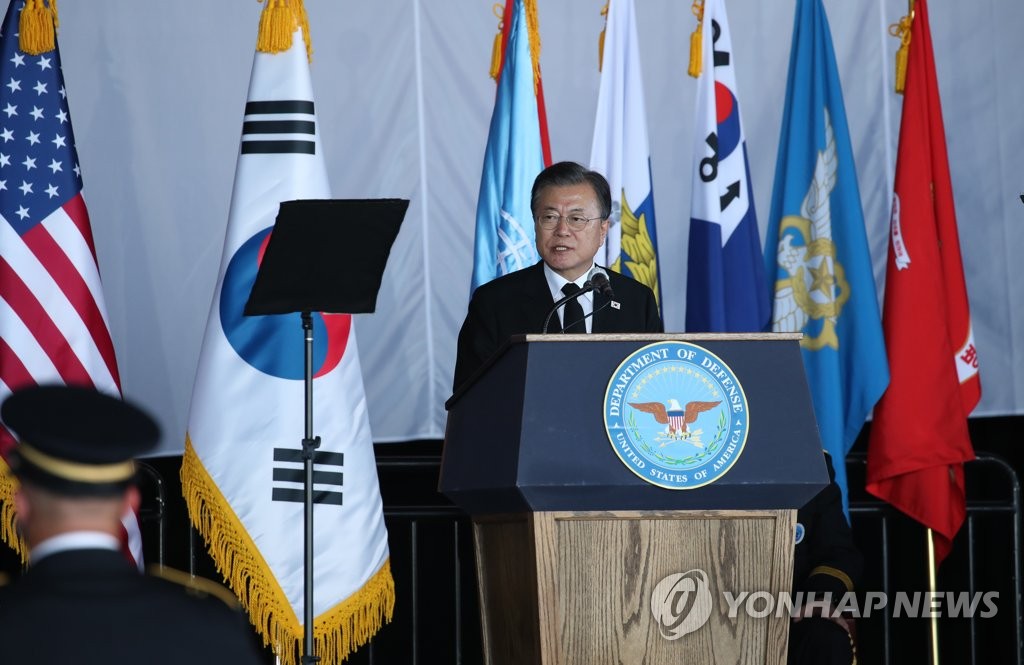 South Korea received the remains of 68 Korean soldiers, killed in the war, from the U.S. and handed over five sets of American service members' remains to their country during the ceremony.

The president pledged continued efforts to find soldiers who have not returned to their families yet.

"We have many heroes who have not yet returned," he pointed out.

He added that he believes humanitarian cooperation among the two Koreas and the U.S. for the recovery of war remains will pave the way for healing the wounds of war and taking the path of reconciliation and cooperation.

The Seoul-Washington alliance, forged in blood and devoted services, has developed as a "comprehensive alliance" to share values as a whole, Moon said.

The allies' joint efforts for the complete denuclearization of Korea and the establishment of permanent peace will go on as well "without wavering," he stressed. 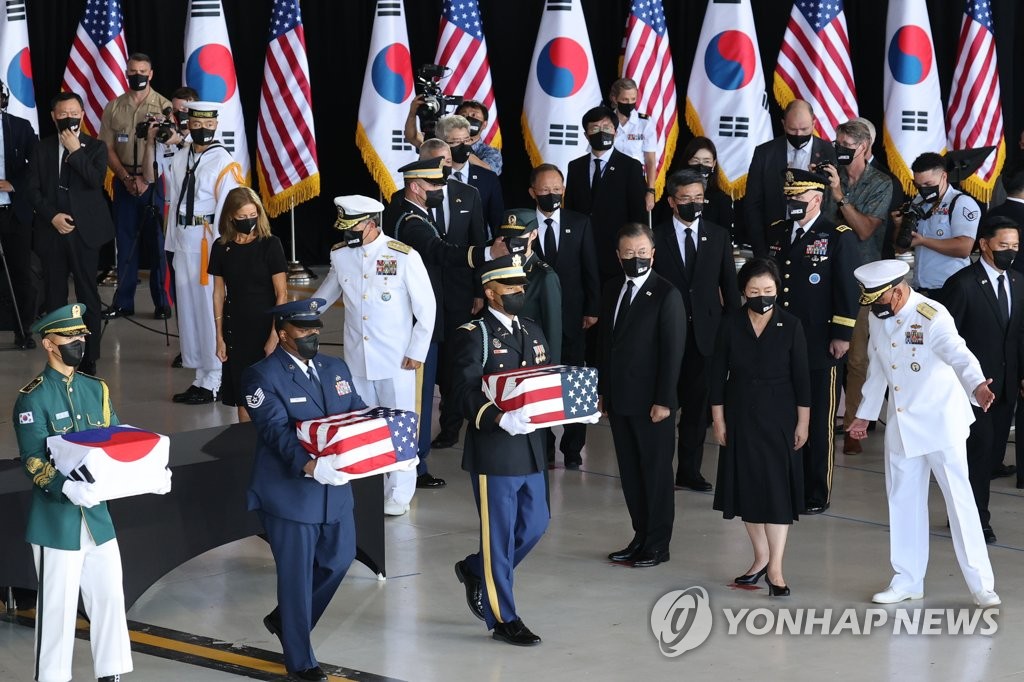