Kakao Bank, led by Kakao Corp., the operator of the country's dominant messaging app KakaoTalk, said its customers numbered 17.17 million as of the end of August.

Kakao Bank said slightly over 15 million customers have accounts at the online lender, with 2.15 million people using its services.

Kakao Bank has achieved the milestone four years and one month after it started operations.

The lender also said the amount of its demand deposits has also soared 134 percent over the cited period, with the value of account transfers rocketing 1,332 percent.

Kakao Bank has been gaining popularity among mobile-savvy customers thanks to its around-the-clock service and convenience.

In 2017, South Korea permitted two internet-only banks -- K-Bank and Kakao Bank -- to offer services around the clock in an effort to inject more competition into the banking sector.

In June this year, the country's financial regulator granted final approval for another industry player, Toss Bank, which is scheduled to begin operations in early October. 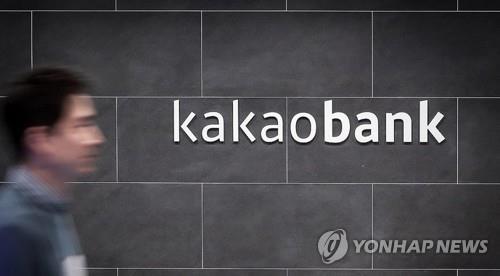