The producer price index, a barometer of future consumer inflation, stood at 110.72 in August, compared with 110.28 a month earlier, according to the Bank of Korea (BOK).

The July index advanced 7.3 percent from the previous year, the BOK data showed.

The prices of agricultural goods rose 2.1 percent on-month in August, and the prices of livestock goods also gained 1 percent from the previous month, the BOK said. 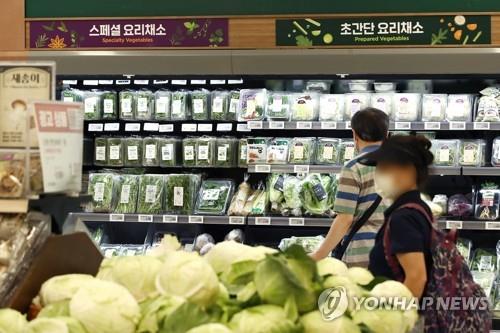 In August, consumer prices rose more than 2 percent for the fifth straight month due to high prices of farm and oil products, indicating a continued build-up of inflationary pressure amid an economic recovery.

The consumer prices rose 2.6 percent in August from a year earlier, the same growth as the previous month, according to the government data.

Producer prices up for 10th month in August

Producer prices up for 10th month in August