"(The DP) has a goal to seek (the bill's) passage next Monday," DP spokesperson Rep. Shin Hyun-young told reporters, adding that no decision has been made yet over how to convene a plenary meeting that day.

She stressed her party is sticking to the deadline Sunday, agreed upon with the main opposition People Power Party (PPP) last month, for bipartisan negotiations over the bill, suggesting the DP plans to process it the next day with or without consent from the opposition.

Under a vision of "media reform," the DP championed the bill, which will require an up to fivefold increase in penalties for media outlets spreading false or fraudulent news reports.

Amid fierce protest from opposition parties and press-related organizations, however, the DP shelved its initial plan to pass the bill late last month and agreed with the PPP to modify it through a bipartisan consultation group with a goal to process the bill Monday.

The latest position from the DP is apparently seen as a political gesture to press its rival party as they have made little headway in their ongoing negotiations.

The rival parties, in particular, are in discord over a clause that allows victims to claim punitive damages for deliberate or grossly negligent misinformation and fraudulent reports, which media associations and opposition parties see can seriously hurt freedom of press.

The ruling party has proposed an alternative version of the bill, but the PPP is insisting complete removal of the controversial clause, Shin said, arguing "it's regrettable the PPP is objecting for the sake of objection." 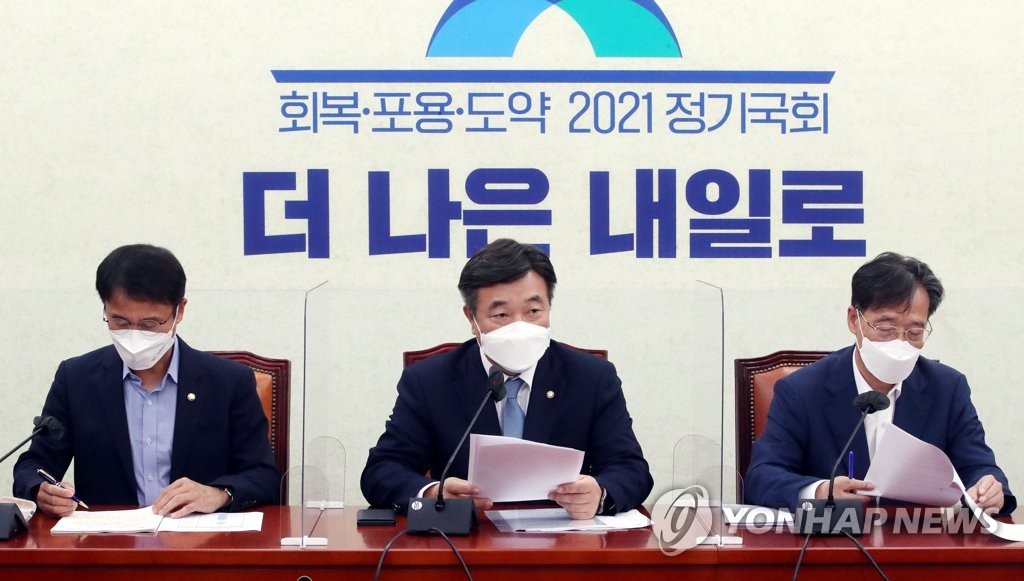