The Ministry of Land, Infrastructure and Transport said a total of 32.76 million people traveled between Friday and Wednesday to celebrate Chuseok, the Korean harvest celebration. Daily average population movement reached 5.46 million during that period, up 5.1 percent from a year earlier.

South Koreans usually travel to their hometowns for family gatherings and visit their ancestors' graves during Chuseok. Despite concerns of the virus spreading, health authorities allowed family gatherings of up to eight people for this year's Chuseok on the condition that four of them are fully vaccinated.

Daily average expressway traffic volume reached 4.79 million during the six-day period, up 9.2 percent from a year earlier, as more people opted to travel with their own cars amid the pandemic. 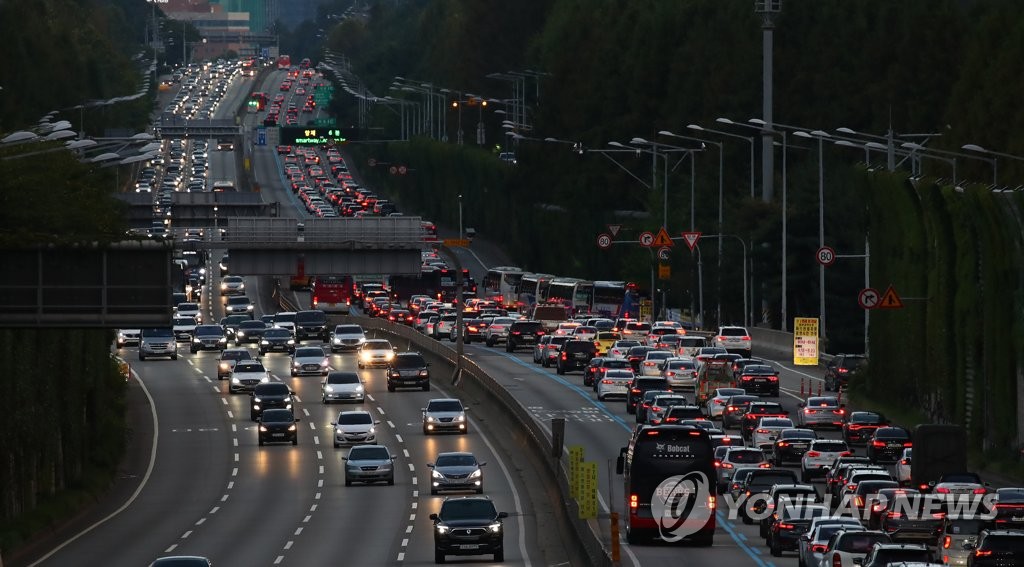