SEOUL, Sept. 24 (Yonhap) -- North Korea on Friday rejected President Moon Jae-in's proposal to declare a formal end to the 1950-53 war as "something premature," arguing that such a declaration would be meaningless as long as the U.S. "hostile policy" remains unchanged.

Vice Foreign Minister Ri Thae-song made the rejection in a statement carried by the Korean Central News Agency, saying that an end-of-war declaration has "no legal binding force" and will "become a mere scrap of paper in a moment upon changes in situations."

"There is no vouch that the mere declaration of the termination of the war would lead to the withdrawal of the hostile policy toward the DPRK, under the present situation on the peninsula inching close to a touch-and-go situation," he said. 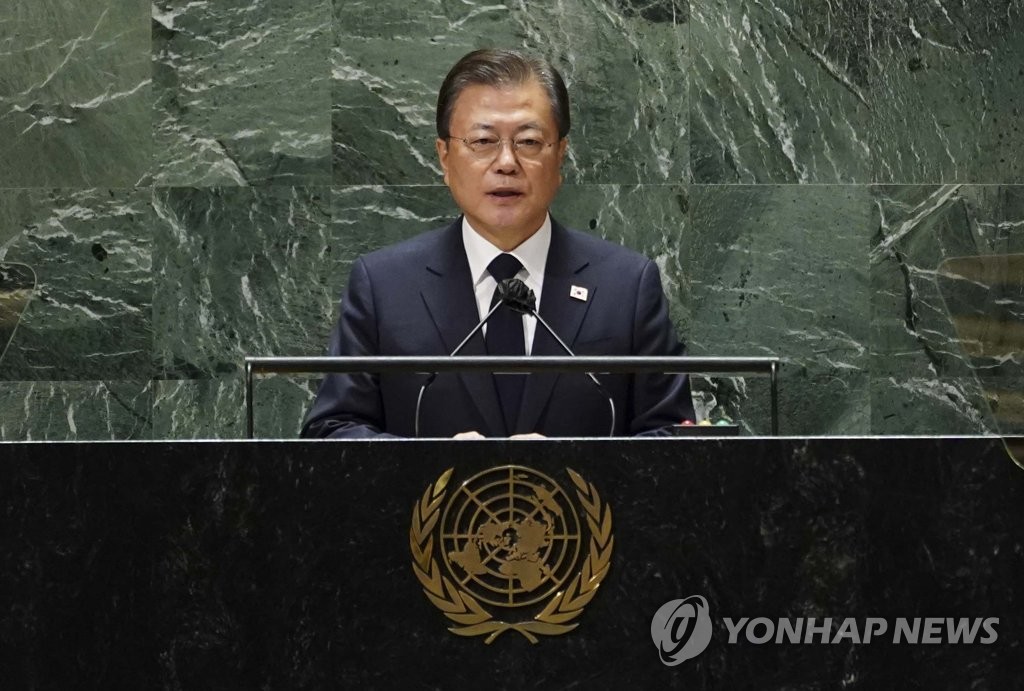 In the statement, Ri said that the declaration will entail "disastrous consequences" that could upset the strategic balance in the region and push the two Koreas into an unending arms race.

He stressed that the withdrawal of the U.S. hostile policy is the "top priority" in bringing peace and stability to the Korean Peninsula.

"It should be clearly understood that the declaration of the termination of the war is of no help at all to stabilizing the situation of the Korean peninsula at the moment but can rather be misused as a smokescreen covering up the U.S. hostile policy," he said.

Ri also took issue with Washington's test-firing of the Minuteman III intercontinental ballistic missile in February and August, and its recent decision to help build nuclear-powered submarines for Australia.

"The DPRK's just measures to bolster up the capability for defense to cope with the U.S. military threat to bring us down by force are described as 'provocations' while the arms buildup escalated by the U.S. and its vassal forces to threaten the DPRK is justified as 'deterrent,'" he said.

The North recently fired two short-range ballistic missiles into the East Sea following a long-range cruise missile test, raising concerns the latest launch could ratchet up tensions on the peninsula.