The Korea Disease Control and Prevention Agency (KDCA) will announce the list of fourth-quarter vaccine recipients next Monday to achieve its goal of herd immunity by November.

A total of 37.13 million people have received their first shots of COVID-19 vaccines, accounting for 72.3 percent of the country's population, while those who are fully vaccinated had reached 22.58 million, accounting for 44 percent, as of Friday. 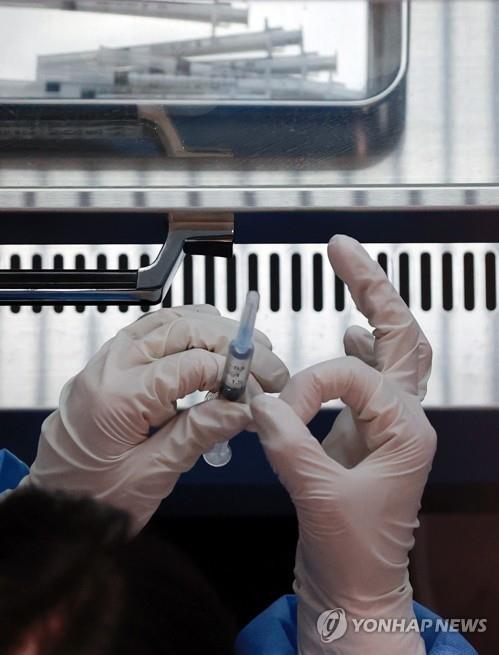 Those who have been excluded from the inoculation program, including pregnant women and youths aged between 12 and 17, are scheduled to receive first doses in the fourth quarter.

The plan also reportedly includes providing booster shots to deal with the more contagious delta variant, which has been the main culprit behind the current fourth wave of the outbreak.

Priority groups, including the elderly population and healthcare workers who received the first jab in February, are likely to receive booster shots first.

On Friday, the country's daily coronavirus cases reached an all-time high of 2,434, breaking the previous record of 2,221 on Aug. 10, as mass migrations during the Chuseok holiday caused the rapid spread of the virus across the country.

The KDCA had expected the surge in daily virus cases after millions of South Koreans travelled to their hometowns during Chuseok, the Korean equivalent of Thanksgiving, which ran from Monday to Wednesday.