The three Marines in Gimpo, west of Seoul, were confirmed to have contracted COVID-19 after an infection was reported at their base, according to the ministry.

Among the Army soldiers, five -- one from the eastern county of Inje, two from the western city of Incheon and one each from Paju, north of Seoul, and the southwestern county of Muan -- have tested positive during or after a vacation, while one officer in the border county of Yeoncheon was found to have been infected after coming into contact with a colleague who tested positive earlier.

Nationwide, South Korea's daily coronavirus cases reached an all-time high of 2,434 on Friday, as mass migrations during the Chuseok holiday prompted a rapid spread of the virus across the country. The nation's total caseload stood at 295,132. 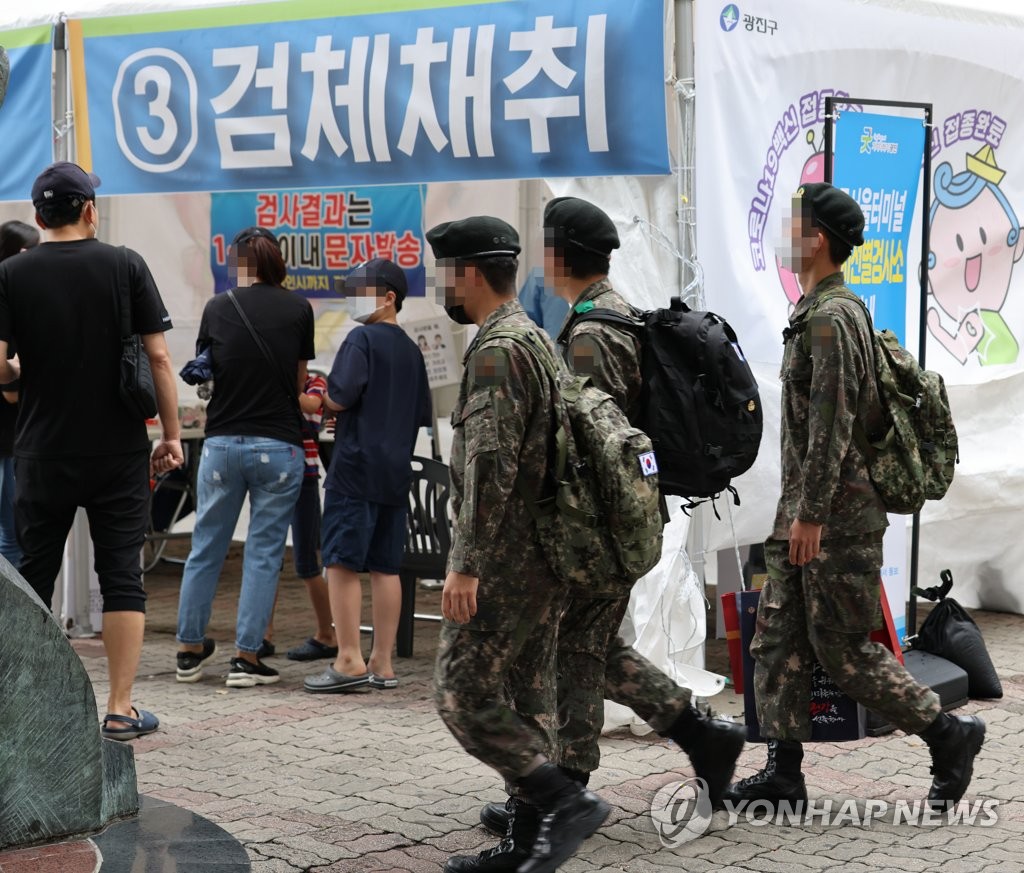