SEOUL, Sept. 24 (Yonhap) -- Unification Minister Lee In-young said Friday the declaration of a formal end to the Korean War could serve as a useful and cost-effective measure to demonstrate no hostility and resume nuclear talks with North Korea.

"The end-of-war declaration is a gateway to bringing peace on the Korean Peninsula and serves as a catalyst for denuclearization negotiations, and it also does not cost much immediately," Lee said during his speech at a seminar celebrating the launch of a nongovernmental organization on unification.

"In the military field, it is also a very useful and important measure that could drop the will towards war and hostility, as well as promote mutual trust and respect, without any sudden change in the current situation," he said.

Lee added Seoul will continue its efforts to drive forward the peace process on the Korean Peninsula.

The two Koreas are still technically at war, as the conflict ended only with an armistice, not a peace treaty. 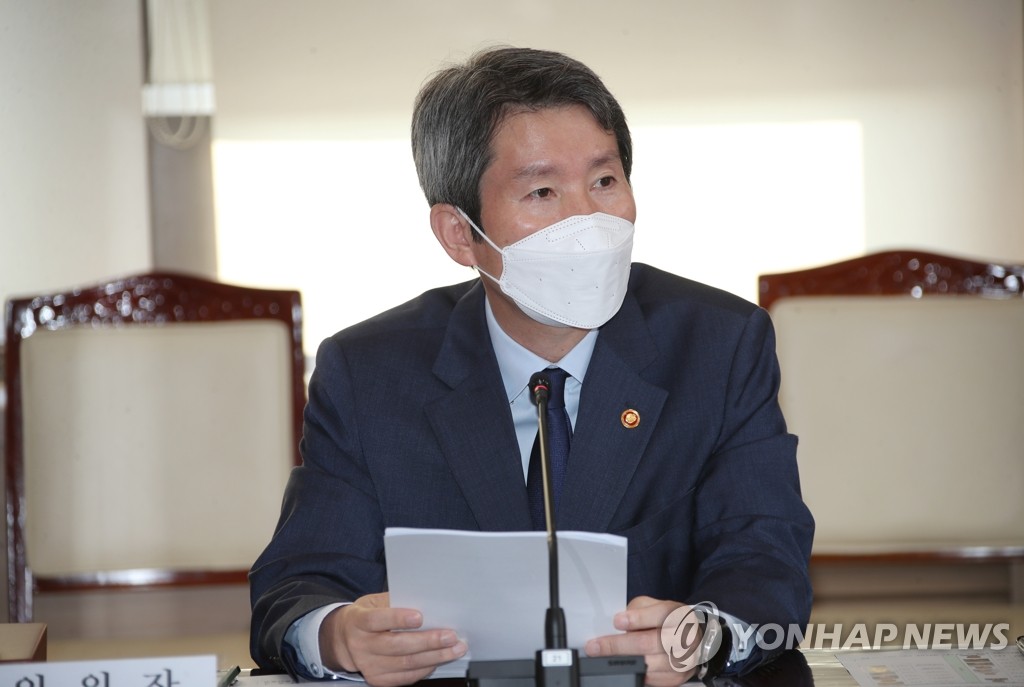