SEOUL, Sept. 24 (Yonhap) -- The main opposition People Power Party (PPP) is likely to run 10 rounds of debate, pitting the four finalists in its presidential primary against each other to pick its single candidate in early November, a party official said Friday.

"The party is strongly reviewing an option to hold four (primary) debates in Seoul and another six debates in the process of a countrywide (campaign) tour in the final round of its primary race," the official at the PPP's election committee told Yonhap News Agency.

With the option in mind, the party is currently in the process of setting the exact schedule, the official said.

According to party sources, the PPP opted out of the customary nationwide rallies for the presidential primary, in favor of televised or livestreamed debates among the presidential contenders amid the protracted COVID-19 pandemic.

The party will eliminate four of them in the second cut-off slated for Oct. 8 before announcing the final single candidate at a party convention on Nov. 5. 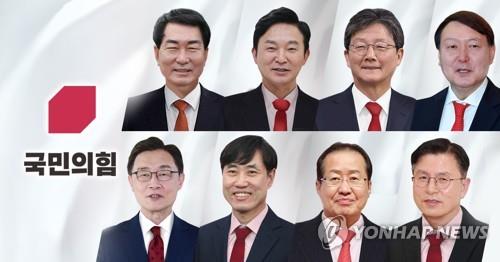