SEOUL, Sept. 25 (Yonhap) -- North Korea could declare a formal end to the Korean War as suggested by South Korea and even discuss holding an inter-Korean summit if the South treats the North with "impartiality" and mutual respect, the sister of leader Kim Jong-un said Saturday.

Kim Yo-jong made the remark in a statement carried by the official Korean Central News Agency, urging the South to drop its double-standard attitude, such as denouncing the North's "self-defense" weapons tests as "provocations" while beautifying its own arms buildup.

The statement came a day after Kim said South Korean President Moon Jae-in's recent proposal to declare a formal end to the 1950-53 Korean War is an "admirable idea" and the North is willing to discuss improving inter-Korean relations if Seoul ceases to be hostile toward it.

"I felt the atmosphere of the South Korean public desiring to recover inter-Korean relations from a deadlock and achieve peaceful stability as soon as possible is irresistibly strong," Kim was quoted as saying. "We, too, have the same desire."

Kim said it is only when "impartiality and the attitude of respecting each other are maintained" that there can be "smooth understanding between the North and the South."

Under such circumstances "can several issues for improving relations -- the reestablishment of the North-South joint liaison office and the North-South summit, to say nothing of the timely declaration of the significant termination of the war -- see meaningful and successful solutions one by one at an early date through constructive discussions," she said.

She stressed it is an "illogical and childish" argument to dismiss its act of self-defense to counter existing military situations and possible military threats while beautifying its own military build-up activities as the securing of a deterrent to the North.

She hoped South Korea will abandon such double standards, hostile policy and prejudice against the North, while calling for efforts to remove all possible causes that could hurt mutual trust between the two Koreas.

Kim, however, noted all she said is merely her "personal view," suggesting the statement was issued without a direct order from her brother and leader.

On Sept. 15, North Korea fired two short-range ballistic missiles into the East Sea, raising concerns the latest launch could ratchet up tensions on the peninsula.

Hours later on the same day, South Korea announced it successfully tested a homegrown submarine-launched ballistic missile and President Moon said the weapon could be a deterrent to North Korean provocation.

Inter-Korean relations have significantly chilled since North Korea blew up the liaison office and cut off all cross-border communication lines in June last year.

The communication lines were back online briefly in late July, but the North did not respond to Seoul's regular calls again in protest of summertime joint military drills by South Korea and the United States, which Pyongyang usually denounces as a rehearsal for invasion. 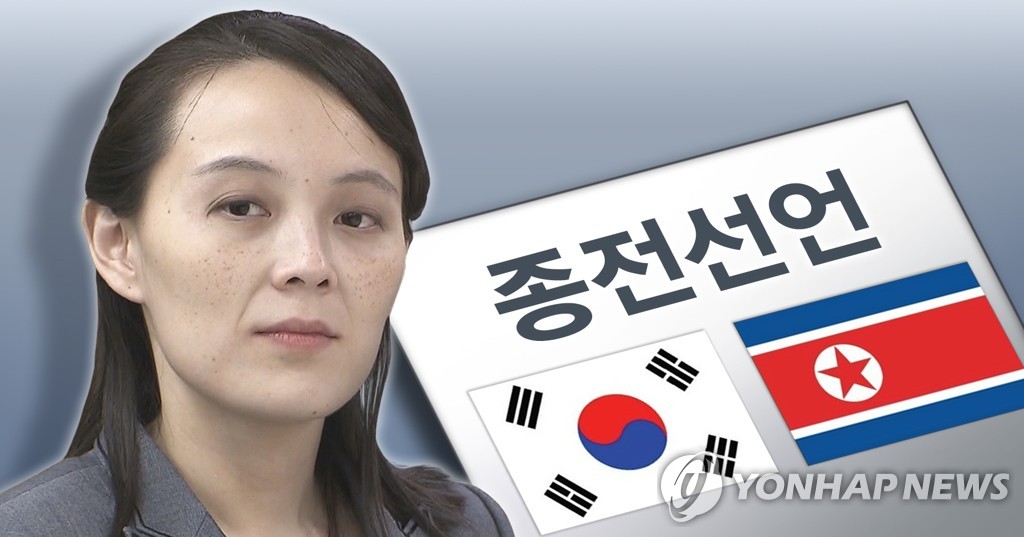