SEOUL, Sept. 26 (Yonhap) -- South Korea will still be able to carry out its plan for a phased return to normal life, starting in late October, Prime Minister Kim Boo-kyum said Sunday, despite the recent surge in new coronavirus infections.

Kim made the remarks at a forum, as the country is seeking to accelerate a return to normal life on the back of progress in the vaccination campaign, with small businesses suffering deepening economic woes due to prolonged social distancing curbs.

"By late October, 70 percent of the entire population will have gotten fully vaccinated," Kim said. "That means the space for the coronavirus will have shrunken that much. Then, we will be able to move onto the next stage." 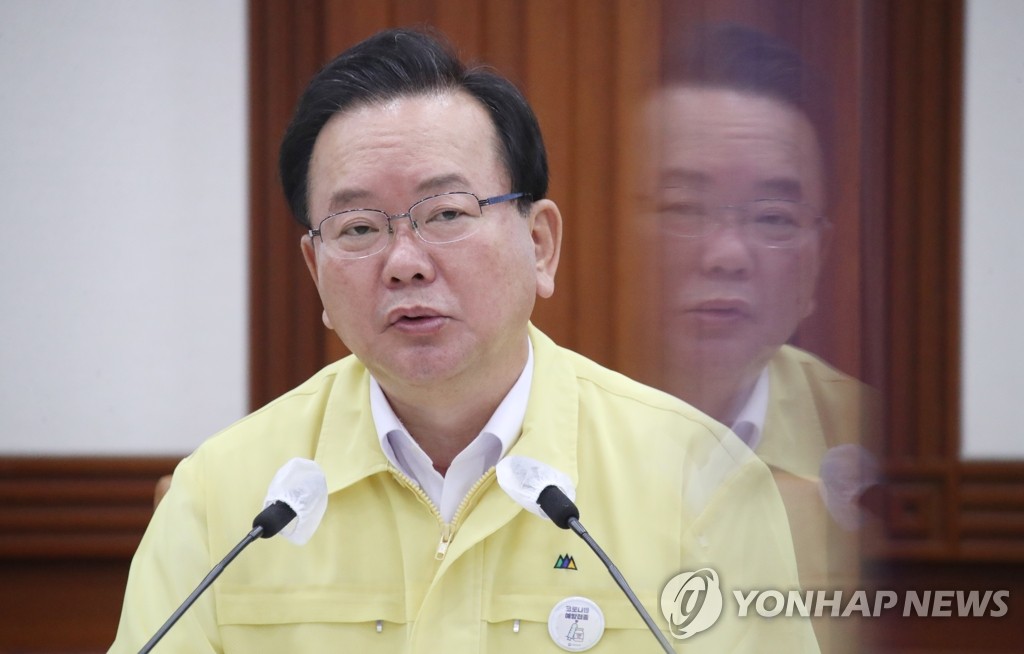 Kim, however, said that people should still accept such inconveniences as wearing masks even if the phase of returning to normal life begins.

The prime minister stressed the challenges facing small shop owners and other businesses that have been faltering under stringent distancing restrictions.

"We are in a situation that makes it very difficult to ask citizens, who have cooperated for the last one year and eight months, just to endure," he said, stressing, "Cries of small businesses have continued to be heard."

Kim also painted a positive outlook for the fight against the virus.

"Wouldn't humanity be put at a relatively advantageous position in the fight against the scourge, and wouldn't we return to the normal life that we are thinking of, if an oral treatment is rolled out by around the end of the year in the United States and elsewhere?" he said.

On Sunday, the country reported 2,771 new COVID-19 cases, including 2,735 local infections, bringing the total caseload to 301,172, according to the Korea Disease Control and Prevention Agency (KDCA).