SEOUL, Sept. 26 (Yonhap) -- A North Korean researcher berated Japanese Prime Minister Yoshihide Suga on Sunday for his recent remarks at the U.N. General Assembly, stressing Pyongyang would not associate with whoever his successor will be if Tokyo's "hostile policy" toward it continues.

Ri Byong-dok, a researcher at the Institute of Japan, made the remarks in a piece posted on the website of the North's foreign ministry, after Suga made the video message Friday (New York time), stressing the North's recent ballistic missile launches threatened peace in Japan, the region and the world.

"(Suga's speech) revealed again the true character of a hostile policy against the republic by misrepresenting the character and nature of the issue," Ri wrote.

The researcher also stressed, "Going forward, we will never associate with any politician that would follow the hostile policy against North Korea of their predecessors, including Abe and Suga, whoever will become the next prime minister."

Suga earlier offered to resign as Japan's prime minister, and the process of electing the new chairman of the ruling Liberal Democratic Party (LDP), who will serve as the next premier, is expected to take place later this month. 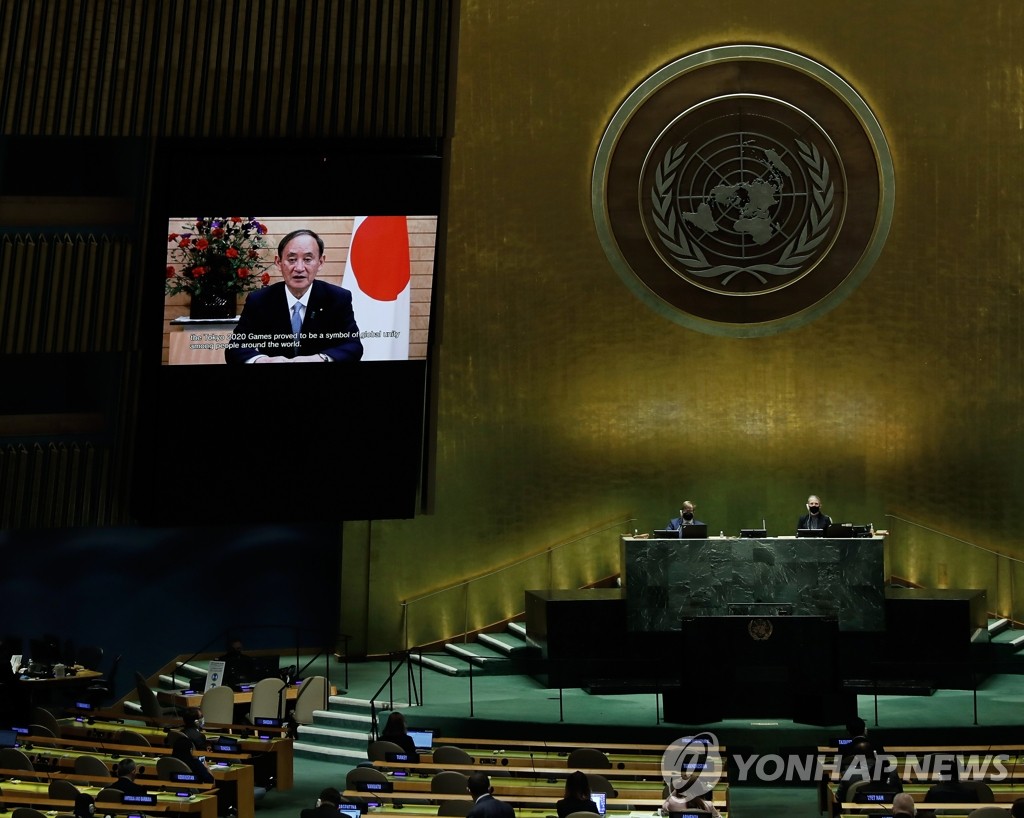