SEOUL, Sept. 26 (Yonhap) -- South Korea will begin administering booster shots for high-risk people, including those aged 60 and older, and medical workers, in the near future, the prime minister said Sunday, amid a surge in new COVID-19 cases following a national holiday. 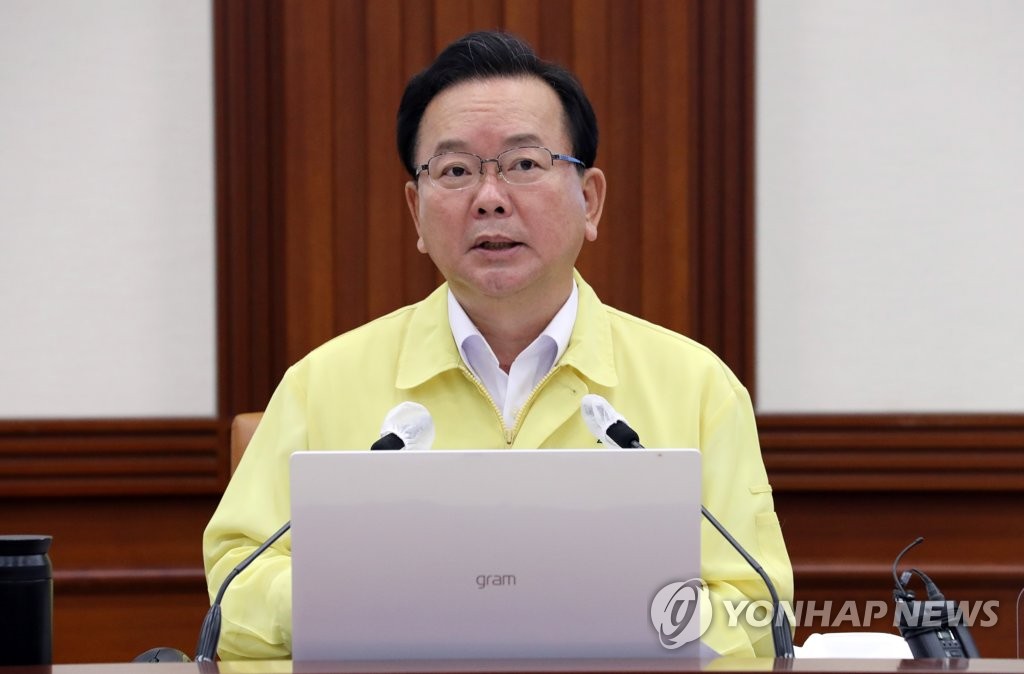 Kim also said starting early next month, the government will shorten the interval between the first and second shots of two-dose vaccines to help further increase the percentage of those fully vaccinated.

The prime minister instructed officials to ensure that the process for those wanting to shorten their vaccination interval will not be confusing or inconvenient due to the change.

Kim, in addition, said that those subject to vaccinations will be expanded to include adolescents and pregnant women.

Touching on the rise in infections following the recent Chuseok holiday, the Korean equivalent of Thanksgiving, Kim described the current status as "very grave."

"The coronavirus situation this week will determine the starting point of the plan for a phased recovery to normal life," Kim said, referring to the plan the government wants to begin implementing late next month.

S. Korea to begin booster shots for people 60 and older, medical workers in near future: PM

S. Korea to begin booster shots for people 60 and older, medical workers in near future: PM