SEOUL, Sept. 27 (Yonhap) -- Dividend payouts by South Korean listed companies jumped nearly 24 percent in the first half of the year amid their strong earnings, a corporate tracker said Monday.

The combined amount of dividends paid out by 140 firms, including top-cap Samsung Electronics Co., came to 9.3 trillion won (US$7.9 billion) in the January-June period, up 23.5 percent from a year earlier, according to Leaders Index.

The firms cover those that have announced dividends out of the country's 2,323 listed corporations.

Despite the surge in the value, the number of dividend-paying firms was down 25 from a year earlier. 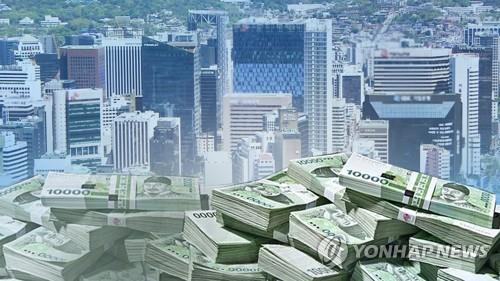 Samsung Electronics was the top dividend-paying firm with 4.9 trillion won, which accounted for 53 percent of the total.

A total of 14 companies, including six financial companies, paid out dividends of more than 100 billion won or more in the six-month period.

Hong Ra-hee, the widow of late Samsung Group Chairman Lee Kun-hee, received the largest amount of dividends at 99.2 billion won in the first half, followed by her son and Samsung heir Lee Jae-yong with 70.4 billion won, and her two daughters -- Lee Boo-jin and Lee Seo-hyun -- with 40 billion won each.

The elder Lee died on Oct. 25, 2020, at age 78, more than six years after being hospitalized for a heart attack. He had been the country's richest stockholder for the past 10 years.
(END)