SEOUL, Sept. 27 (Yonhap) -- South Korea said Monday it will start a cash-back reward program for card spending next month in an effort to boost private spending amid the fourth wave of the pandemic.

The two-month scheme will allow people to receive up to 100,000 won (US$85) per month if their card spending exceeds 3 percent of their monthly average use in the second quarter, according to the Ministry of Economy and Finance.

The government earmarked 700 billion won in its budget to fund the scheme, with an aim of boosting private spending in the second half.

People can receive the benefit when they use cards at supermarkets, restaurants, accommodations, hospitals and other offline stores run by small merchants, as well as through delivery apps.

Initially, the government planned to launch the program in October for a three-month run with 1.1 trillion won in its budget. But the latest spike in COVID-19 cases scaled down the scheme on concerns that an increase in people's activity will accelerate the spread of the virus.

The South Korean economy is facing continued uncertainty about the recovery of domestic demand as the latest resurgence in COVID-19 cases is denting person-to-person service sectors, the finance ministry said in its monthly economic assessment report.

Private spending expanded 3.6 percent in the second quarter from three months earlier, faster than the 1.2 percent on-quarter gain in the first quarter, according to central bank data. 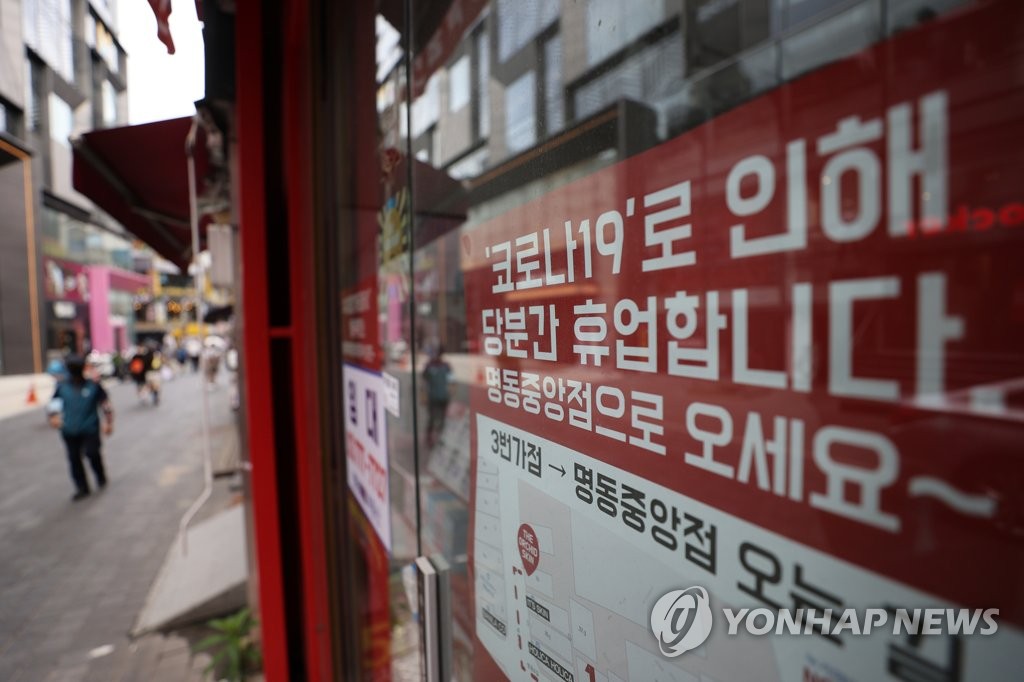 Cash-back rewards for card spending to start next month

Cash-back rewards for card spending to start next month