SEOUL, Sept. 27 (Yonhap) -- President Moon Jae-in instructed his government Monday to make all-out efforts to tackle the rapid spread of COVID-19 infections across South Korea, Cheong Wa Dae said, as the country is preparing to implement measures in stages to ease social distancing rules and recover the normal life of the public.

He delivered the message to Prime Minister Kim Boo-kyum during their weekly meeting, according to Cheong Wa Dae spokesperson Park Kyung-mee.

"In order to achieve the phased recovery of daily life at an early date, the key is to flatten the surge after the Chuseok holiday," the president was quoted as saying.

The number of the nation's daily new confirmed cases soared to top 3,000 for the first time Saturday after many people here returned from travels during the five-day Chuseok holiday season, which ended last Wednesday. 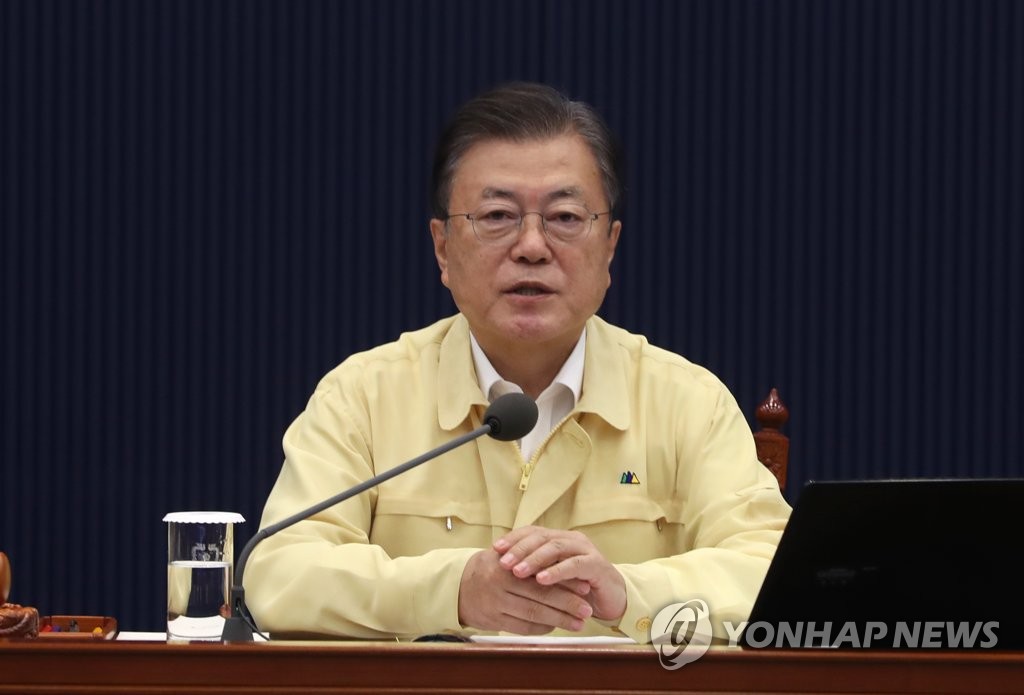 Moon asked the prime minister to spearhead the government's all-out campaign to curb the virus spread.

He also called on the government and local authorities to pay special attention to the issue of securing enough sickbeds for coronavirus patients.

Moon and Kim agreed on the need to accelerate the vaccination drive, especially the provision of the second dose of a vaccine.

On Sept. 17, Moon announced 70 percent of South Korea's 52-million population had received at least the first dose of a vaccine.

The government aims to get 70 percent of people fully vaccinated by the end of October and seek what is called the "with corona" strategy in earnest to relax social distancing restrictions and let people resume much of their daily activities.

The prime minister's office usually releases a press release on the outcome of Kim's weekly meeting with the president for policy consultations. But Cheong Wa Dae did so itself this time.