SEOUL, Sept. 27 (Yonhap) -- A history museum in memory of former President Park Chung-hee will be formally opened in the southeastern city of Gumi this week, the municipal government said Monday.

The President Park Chung Hee History Museum featuring nearly 5,700 pieces of relics left behind by the former leader will be opened to the public on Tuesday, according to the municipality of Gumi, 260 kilometers southeast of Seoul. 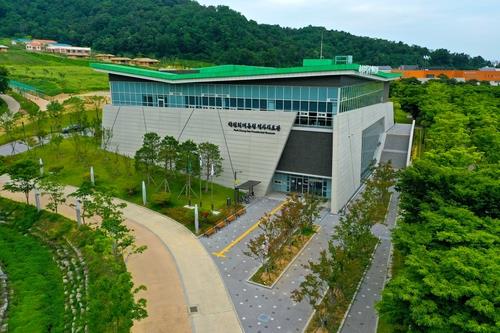 The museum built near the late Park's birthplace in the city will display or store 5,649 pieces of relics commissioned by the Park Chung-hee Memorial Association in 2004, it said. The opening ceremony is slated for 11 a.m. and there will be no other celebratory events in consideration of COVID-19, it added.

After seizing power in a military coup in 1961, Park ruled South Korea for 18 years until he was shot dead by his intelligence chief in 1979.

The late president's legacy remains controversial. Some accuse him of hindering democracy with his iron-fisted rule, while others praise him for laying the foundation for the country's rapid economic development. His eldest daughter, Park Geun-hye, served as president from 2013 to 2017.