The missile was fired from the North's Mupyong-ri in Jagang Province eastward at around 6:40 a.m., the JCS said, adding the South Korean and U.S. intelligence authorities are analyzing the launch for additional information.

The launch came three days after Kim Yo-jong, sister of North Korean leader Kim Jong-un, said that Pyongyang could declare a formal end to the Korean War as suggested by the South and even discuss the possibility of a summit on conditions that Seoul drops its double standards and hostile attitudes against it.

In Seoul, top security officials held an emergency security meeting of the National Security Council (NSC) and voiced regret over the launch. President Moon Jae-in ordered a "comprehensive analysis" of the missile launch and recent statements from the North, his office said.

Defense ministry spokesperson Boo Seung-chan also told a regular briefing the government is analyzing the latest launch and the North's intention. He added Pyongyang remained unresponsive to South Korea's calls via military hotlines despite cautious optimism for their resumption after Kim's statement.

The U.S. Indo-Pacific Command said it is discussing the launch with allies and partners.

"While we have assessed that this event does not pose an immediate threat to U.S. personnel or territory, or to our allies, the missile launch highlights the destabilizing impact of the DPRK's illicit weapons program," the command said, referring to the North by the acronym of its official name, the Democratic People' Republic of Korea.

"The U.S. commitment to the defense of the Republic of Korea and Japan remains ironclad," it said.

North Korea is banned from all ballistic missile activities under the United Nations Security Council resolutions, though Pyongyang has claimed they are aimed at beefing up self-defense against threats posed by South Korea and the U.S. 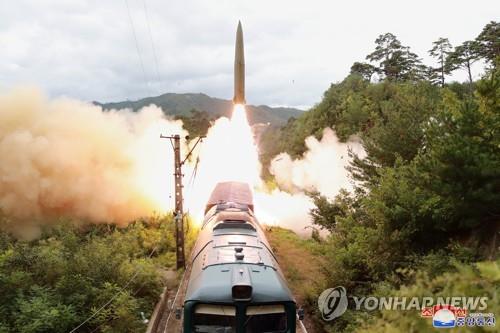 Sources in Seoul said the missile flew shorter than 200 kilometers at an altitude of around 60 km, adding it shows "different features from the missiles the North previously tested."

Last month, Pyongyang warned of a "major security crisis" in protest against the Seoul-Washington summertime military exercise. The North has long denounced such drills as a rehearsal for invasion, though Seoul and Washington have said they are defensive in nature.

North Korea has also lashed out at South Korea for its introduction of advanced military assets. Earlier this week, South Korea successfully tested a submarine-launched ballistic missile from a new submarine, and unveiled the development of a supersonic cruise missile in response to the North's evolving missile threats.

In New York, Kim Song, North Korean Ambassador to the U.N. reiterated his country's stance Tuesday by saying it has "the righteous right" to develop and test weapons due to threats by the U.S. and South Korea.

He then urged the U.S. to "permanently stop" the combined exercise with South Korea and the deployment of strategic weapons to the South in order to promote peace on the Korean Peninsula, stressing his country "would never violate or endanger the security of the U.S., South Korea and our neighboring countries."

The Joe Biden government has said it is ready to hold talks with the North anywhere, at anytime, but the communist country has remained unresponsive to the U.S. overtures. 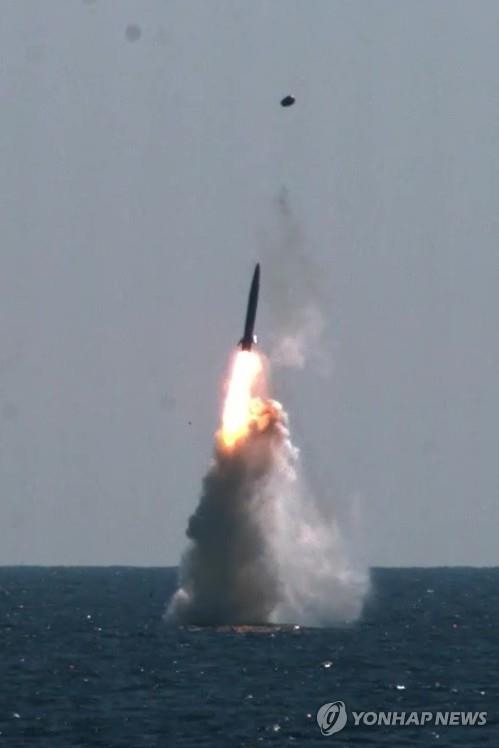