SEOUL, Sept. 28 (Yonhap) -- South Korea's exports are anticipated to rise 15 percent on-year in September on the back of robust demand for chips and automobiles, although the overall growth might slow due to fewer working days in the month, a poll showed Tuesday.

Exports are expected to reach US$55.1 billion this month, according to the survey of seven brokerage houses by Yonhap Infomax, the financial news arm of Yonhap News Agency. 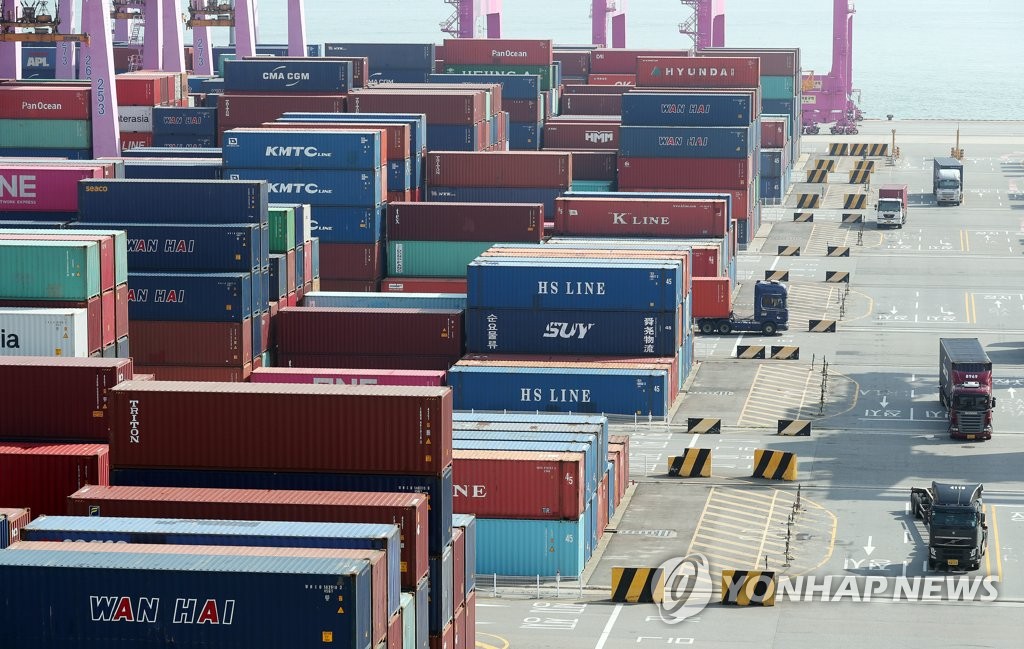 Imports are estimated to have gone up 26.5 percent on-year in September to $49.8 billion, resulting in a trade surplus of $5.3 billion.

In August, South Korea's exports have extended their gains to 10 months by rising 35 percent on-year.

Experts attributed the decelerated growth in September to the fewer number of working days due to the Chuseok holiday, the Korean equivalent of Thanksgiving.

The country's exports have jumped 22.9 percent on-year during the first 20 days of September.