SEOUL, Sept. 28 (Yonhap) -- An enforcement decree for the new workplace disaster law aimed at better protecting workers from industrial accidents was approved by the Cabinet on Tuesday despite criticisms from both management and labor groups.

In January, the National Assembly passed a bill that strengthens the punishment for business owners and CEOs of companies with five or more employees in the event of serious workplace disasters.

Under the new law set to take effect in January, business owners and CEOs could face a minimum one-year prison sentence or up to 1 billion won (US$855,000) in fines in the event of deadly on-duty disasters caused by lax workplace safety measures.

The enforcement decree, which prescribes detailed regulations for implementing the law, was passed during a Cabinet meeting presided over by President Moon Jae-in.

In the approved enforcement decree, the controversial scope of occupational diseases subject to the law remained unchanged at 24 types of chemical-related diseases, including acute chemical poisoning. It excluded brain and cardiovascular-related diseases, and musculoskeletal illnesses, which labor groups had demanded be included, citing connections between overwork and those diseases.

The enforcement decree also outlines the responsibilities of company executives, such as establishing safety and health management policies, presenting protocols for improving hazardous workplace elements, and creating personnel positions and budgets dedicated to addressing safety and health issues at workplaces. 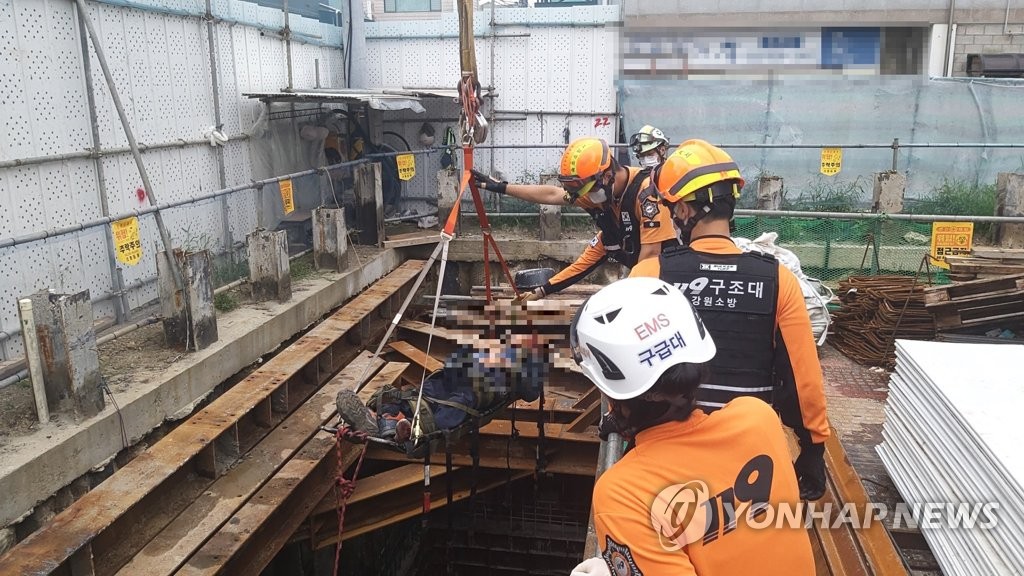 In addition to the original proposal, the approved decree newly added the requirement of executives to review companies' work hazard conditions and the process of addressing the issue at least once every six months.

The labor ministry has produced a guidebook on the workplace disaster law for small and midsized enterprises, and plans to distribute a separate and more detailed manual to further educate executives.

The ordinance decree has been met with criticism from both management and labor groups. The Federation of Korean Trade Unions said in a statement that most of its recommendations were not taken into account and further criticized the government for excluding brain and cardiovascular-related diseases from the decree.

The Korea Enterprises Federation argued the proposal carries limitations due to its vagueness in terms of stating what is legally required by business executives.

"Business executives may face very heavy punishment due to not being aware of what exactly they should be following," the federation said.