The defense project promotion committee, presided over by Defense Minister Suh Wook, approved the development project expected to be completed around 2036 with a budget of 2.1 trillion won (US$1.77 billion), according to the Defense Acquisition Program Administration (DAPA).

The envisioned asset, which will replace the country's aging tanks, is expected to ensure advanced mobility and survivability, the DAPA said, adding that the country will soon begin the development of an engine and other major parts.

During the meeting, the government also approved the plan to develop a new type of the 130-millimeter anti-ship guided rocket-II system. The project worth 380 billion won will be led by the state-run Agency for the Defense Development and wrapped up by 2023, the DAPA said.

"This program is expected to boost our capabilities to respond to coastal artillery and amphibious raid threats by enemies. We will also be able to secure key advanced defense technologies," the agency said in a release. 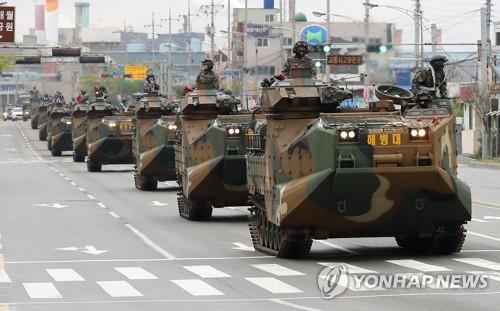