SEOUL, Sept. 28 (Yonhap) -- South Korea is open to any suggestion from Japan for a "reasonable and realistic" solution to the issue of its wartime forced labor, the foreign ministry said Tuesday, renewing calls for Tokyo to sincerely engage in dialogue to address the long-festering issue.

"Our position is that we are open to any suggestion for a reasonable and realistic solution to the issue," Choi told a regular press briefing. 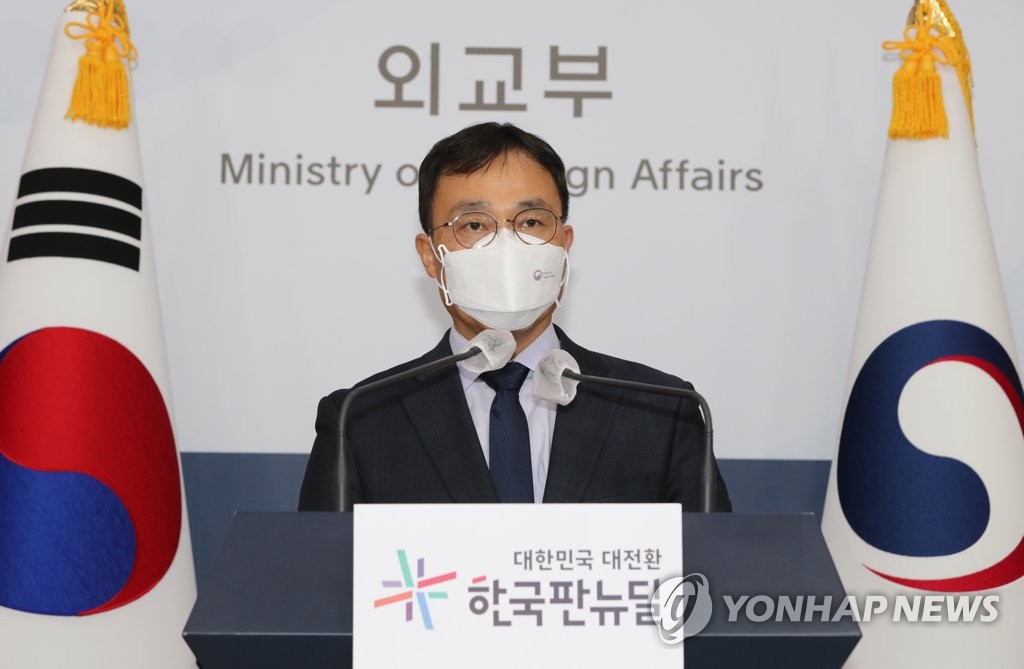 "We expect the Japanese side will sincerely engage in dialogue and show a sincere attitude to explore a fundamental solution that can be agreeable to the victims," he added.

Choi also pointed out Tokyo's call for Seoul to first put forward a solution would not be helpful for settling the issue, stressing the need for the two governments to hold consultations on the issue at an early date.

In addition, the spokesperson said Japan's claim the court ruling demanding the company's compensation is a breach of international law is "unilateral and arbitrary."

Tokyo has argued all reparation issues, stemming from its 1910-45 colonization of the Korean Peninsula, were settled under a 1965 treaty that normalized bilateral relations.

The ruling marked the first time a South Korean court has ordered the liquidation of Japanese corporate assets in a damages suit filed by workers mobilized to forced labor during World War II.