The phone talks came hours after the North fired a short-range missile into the East Sea, days after Pyongyang expressed a willingness to improve inter-Korean relations and even discuss a summit with Seoul.

The North said improvements can happen only when the South drops its hostile attitude against the regime and the double standards of calling the North's weapons tests "provocations" while conducting its own such tests.

"The two sides shared the assessments on the latest Korean Peninsula situation, including the North's short-range missile launch and recent statements, and discussed ways to respond," the ministry said in a release.

"They agreed on the need for the stable management of the Korean Peninsula situation and watertight coordination between South Korea and the U.S.," it said.

Noh and Kim decided to meet in person in Indonesia on Thursday for further discussions, the ministry said. Kim currently doubles as the U.S. ambassador to Jakarta. 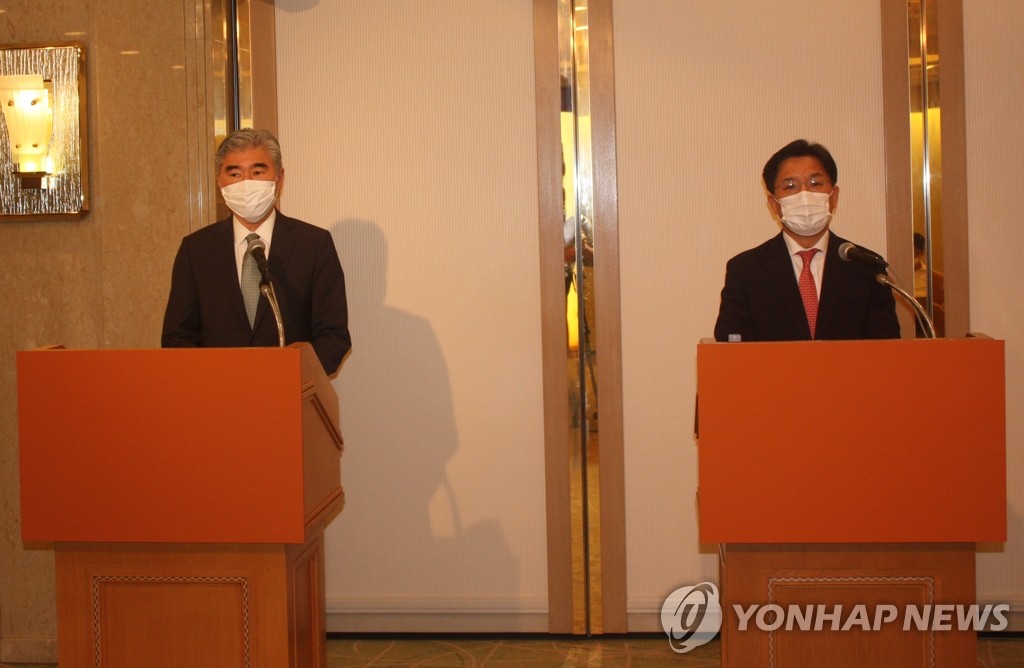