SEOUL, Sept. 28 (Yonhap) -- South Korea and China discussed joint efforts to stamp out illegal fishing by Chinese boats in the South's waters in their regular fisheries meeting on Tuesday, the foreign ministry said.

At the meeting, Seoul called on Beijing to draw up "effective measures" to stem the illegal fishing, as it is a matter that "directly concerns the livelihoods of South Korean fishermen," the ministry said.

The South proposed China step up its patrol of fishing boats at major ports, block their entry into the waters near the Northern Limit Line (NLL), the de facto inter-Korean maritime border, in the Yellow Sea, and toughen the punishment for vessels violating the rest period. 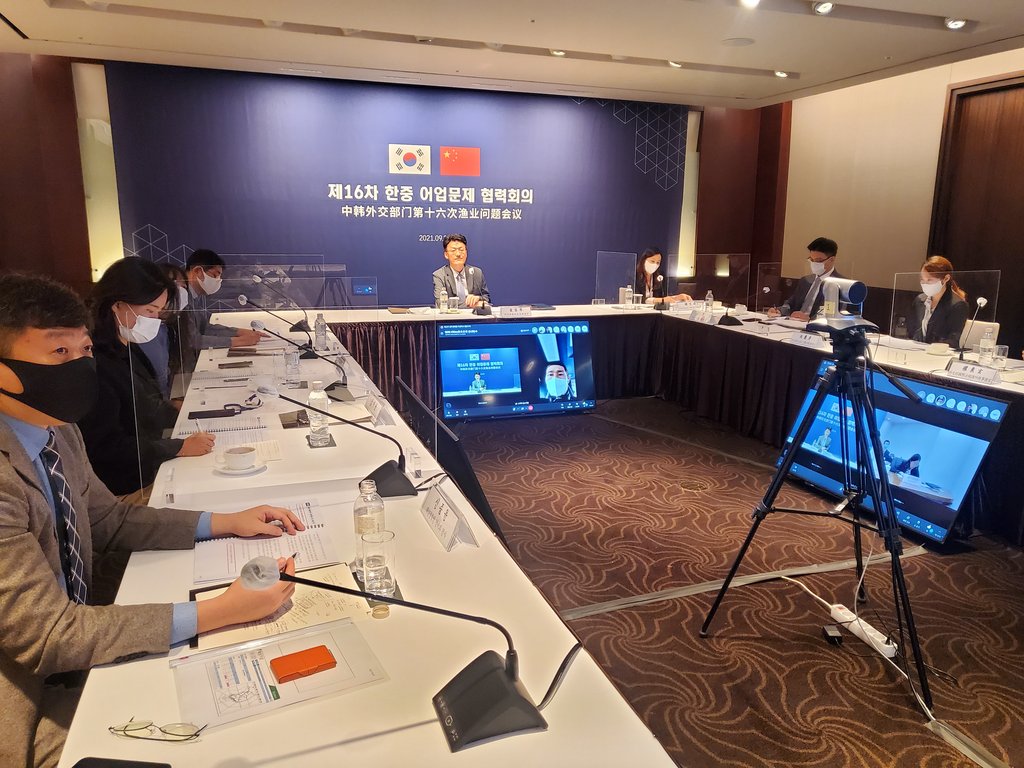 China, in turn, said it will actively cooperate to establish an order for fishing activities in relevant waters.

The two sides also discussed the issue of maritime waste and ways to cooperate to protect the maritime environment and ecosystem.

The fisheries cooperation meeting between Seoul and Beijing was first launched in 2012 as a working-level channel to strengthen cooperation in areas including illegal fishing, maritime accidents and protection of marine environments.