The call for enhanced defense comes amid a series of North Korean missile launches.

"The leaders discussed DPRK's recent missiles launches and agreed to explore enhancements to the Alliance's defense posture to account for omnidirectional threats," they said in a joint statement released at the end of their annual Korea-U.S. Integrated Defense Dialogue, held in Seoul on Monday-Tuesday (Seoul time).

They still underscored the importance of diplomacy and the resumption of dialogue with North Korea, according to the joint statement. 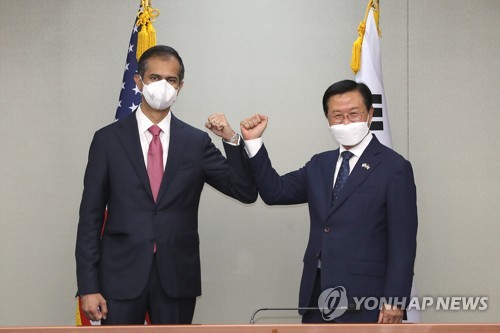