SEOUL, Sept. 29 (Yonhap) -- Hwang Dong-hyuk, the writer-director of the hit Netflix series "Squid Game," has said the show's global popularity is something he never expected.

"It's just a surprise. It's incredible that all this craze happened within a week," Hwang said in a media interview held online Tuesday. "As a creator, I'm so thrilled that my work has caught the hearts of people all around the world. It might be a once-in-a-lifetime experience."

Ted Sarandos, co-CEO of the global streaming giant, recently said the Korean show is on its way to become the company's most successful original content ever in the world. 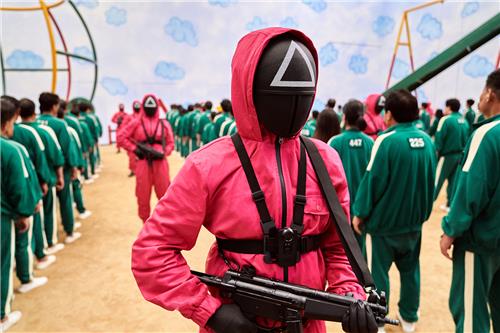 When asked about the key to the show's global popularity, his answer was brief and clear: simplicity.

Hwang said he thinks the "simplicity" of the games helped people all over the world immerse themselves in its characters and the storyline that satirizes a highly competitive society where more and more people are pushed down to the rock bottom without hope of making a turnaround.

"I also think people are attracted by the irony that hopeless grownups risk their lives to win a kids' game. The games are simple and easy, so viewers can give more focus on each character rather than complex game rules."

"Squid Game" features a mysterious competition where hundreds of heavily debt-ridden people desperately play kids' games at the risk of their lives with hopes to win a total of 45.6 billion won (US$3.8 million) in prize money.

It revolves around Ki-hoon (Lee Jung-jae), a forty-something who fell to the bottom of society after a business layoff, divorce and a gambling addiction.

He and 455 other ragtag participants play traditional Korean children's games, including "Red Light, Green Light," a sugar honeycomb game and tug of war, in a closed compound built on an uninhabited island. The games are easy and simple, and their rewards are clearer: if you lose, you get killed. 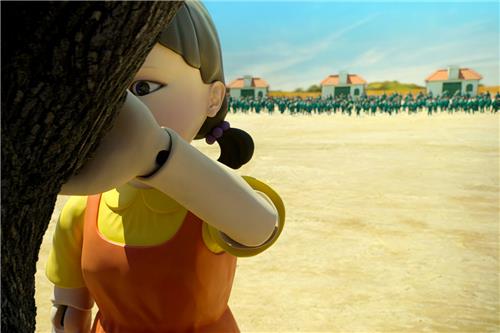 He said "Squid Game" was first conceived in 2008 when he was struggling with financial difficulties. While reading many survival genre films, novels and cartoons, like "The Hunger Games" and "Battle Royale," he said, he wondered what it would be like if he participated in those life-and-death games or if he hosted them.

"I think 'Squid Game' shares the framework and some dramatic stereotypical tools with those previous survival shows," he said. "But its content and narrative are different from them."

He said he wanted to write an allegory or fable of modern capitalist society that corners more and more people into an extreme competition designed by a group of inhumane wealthy patrons.

Hwang's draft screenplay of "Squid Game" was first written for a feature film about a decade ago, but it was turned down by local investors and production studios, citing its violence and sensationalism.

About two years ago, he met Netflix, which has been increasing investment in South Korean content in a bid to expand its subscriber numbers throughout Asia, and decided to create a nine-part original series. 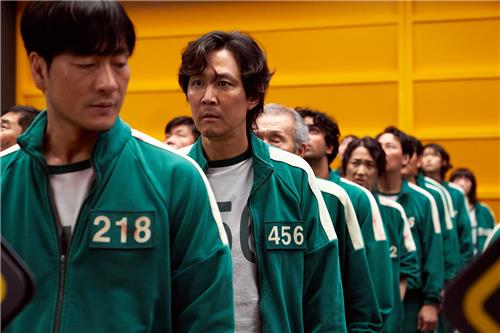 However, it was not easy to direct such a long project with a total running time of eight hours, even for the prolific filmmaker.

"I'm a film director who is used to making a two-hour movie. It was so hard to create an eight-hour long series," said Hwang, adding he lost six teeth while filming "Squid Game." "But I knew that a TV series can be more influential than a film, as it catches viewers' eyes on the screen in a deeper and longer way."

About rising demand for a second season, Hwang said he now has no detailed plan but remained open to the possibility.

"There are many untold stories, like the past history of game hosts and guards. Those will be presented in the next season," he said. "Nothing has been determined yet. But there are possibilities." 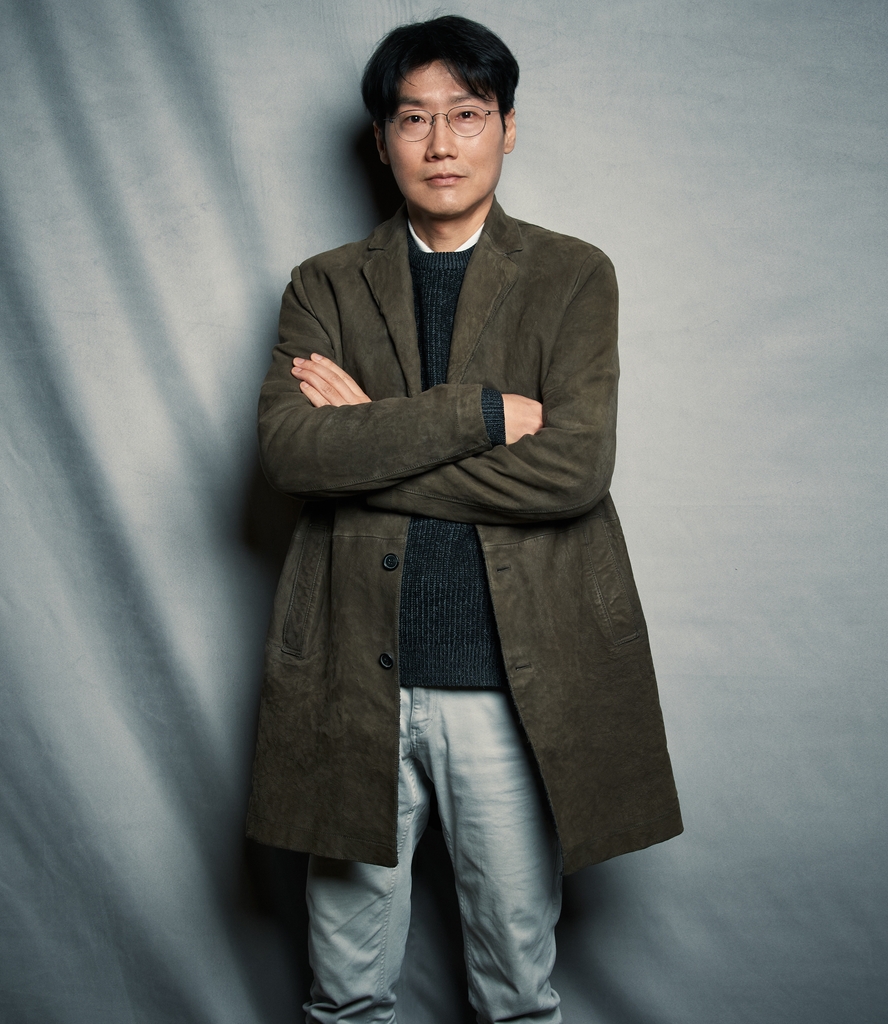