SEOUL, Sept. 29 (Yonhap) -- Three South Korean electric vehicle (EV) battery makers accounted for about a third of the global market in the first eight months of the year, but they are facing toughening competition with Chinese rivals, a market research firm said Thursday.

The trio -- LG Energy Solution Ltd., Samsung SDI Co. and SK Innovation Co. -- accounted for 34.8 percent of the global EV battery market in the January-August period, inching down from 35 percent a year ago, according to the data from SNE Research.

LG Energy Solution, which supplies batteries for EV models by Tesla, Volkswagen and Ford, stayed in second place with a 24.5 percent market share over the period, following China's CATL with 30.3 percent.

Japan's Panasonic was in third place with 11.1 percent, closely trailed by China's BYD with 10 percent.

Their sales of EV batteries sharply rose in line with solid demand for battery-powered vehicles by major automakers, but market watchers expected an intensifying competition with Chinese manufacturers that have expanded their presence on their home turf, the world's top EV market.

"Korean battery makers have been doing well despite rising pressure from Chinese manufacturers, but they are expected to face a greater challenge from Chinese rivals that have been aggressively increasing their market share," SNE Research said in a report. 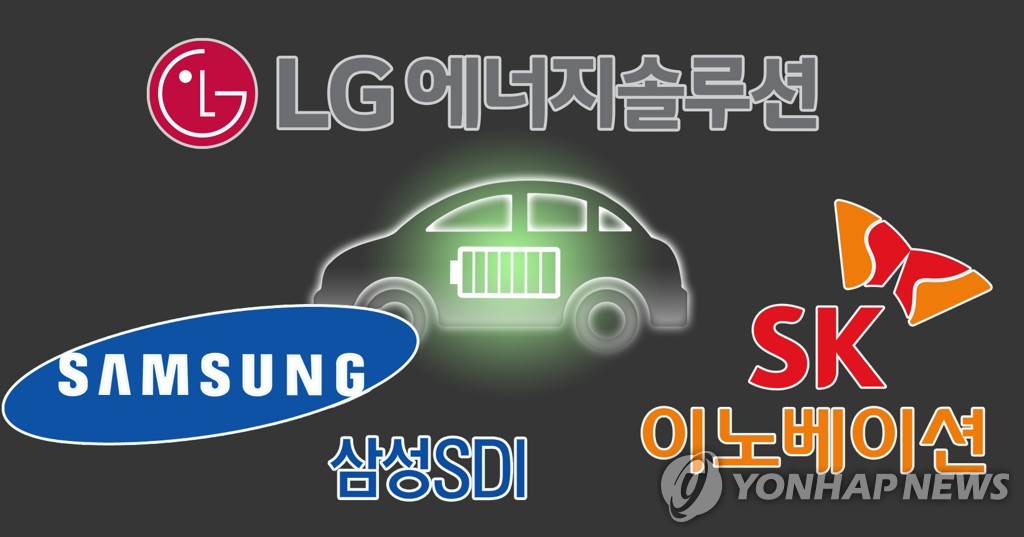