SEOUL, Sept. 29 (Yonhap) -- The two Koreas could hold an additional summit under the next presidency of the South if another meeting between the leaders isn't able to take place before the end of President Moon Jae-in's term next year, a senior Cheong Wa Dae official said Wednesday.

Speculation of an inter-Korean summit has surfaced as of late, especially following Moon's proposal of signing a declaration on the end of the 1950-53 Korean War in his speech to the recent United Nations General Assembly.

Last week, Kim Yo-jong, the sister of North Korean leader Kim Jong-un, also issued a conciliatory message to the South, in which she said her country will consider declaring a formal end to the war and holding an inter-Korean summit if Seoul drops its "double standards" toward Pyongyang.

"Even if an additional inter-Korean summit isn't held within the remainder of the Moon Jae-in government's term, the next administration could pursue it," Park Soo-hyun, senior Cheong Wa Dae secretary for public communication, said in a radio interview.

He added that the administration plans to do its best to create a foundation to arrange a summit beyond Moon's term.

When asked about the possibility of signing an end-of-war declaration around next year's Beijing Winter Olympics, Park said it is "not right to deliberate on the matter with a specific time window in mind."

As for North Korea's latest missile test Tuesday, Park pointed out that the North's U.N. Ambassador Kim Song has mentioned the need for Washington to demonstrate that it has no hostility toward Pyongyang through action, 20 minutes after the launch.

"From a common sense standpoint, we can interpret the statement as being connected to the missile launch," Park added, suggesting the test was aimed at drawing a reaction from Washington and that Kim delivered such a message through his speech to the U.N. General Assembly.

The official Korean Central News Agency announced that North Korea test-fired the Hwasong-8 missile, a newly developed hypersonic missile, from Toyang-ri, Ryongrim County of Jagang Province, on Tuesday. The report did not mention whether the weapon is a ballistic missile, but experts said it appears to be one using liquid fuel.

North Korea is banned from ballistic technology under U.N. sanctions. 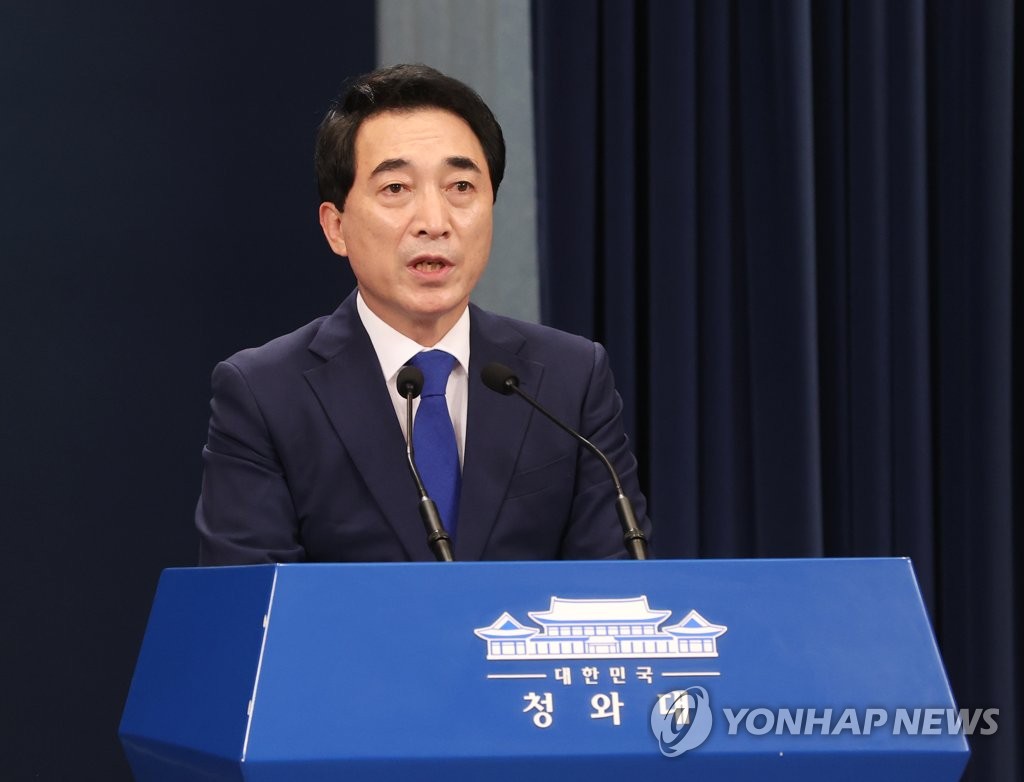