SEOUL, Sept. 29 (Yonhap) -- South Korea has moved one step closer to making Sejong a virtual administrative capital, as the National Assembly passed a bill this week to relocate parts of its functions to the central administrative city.

The bill, which passed parliament Tuesday, is expected to pave the ground for parliament to establish a branch in Sejong, some 140 kilometers south of Seoul, by 2027. With the passage, the political circles' decades-old pledge to relocate the nation's administrative capital from Seoul to Sejong has entered a new phase, lawmakers and analysts said Wednesday. 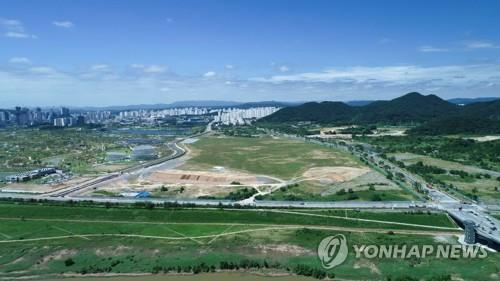 The latest breakthrough shed fresh light on the history of Sejong, which was born out of a presidential campaign pledge of former President Roh Moo-hyun in 2002.

The late Roh sought to move the country's administrative capital from Seoul to what is now the administrative city of Sejong, with the goal of economic and political decentralization.

The bold policy plan was dashed, however, with a Constitutional Court ruling in 2004 deeming the move away from Seoul unconstitutional. The court then said Seoul has conventionally been the capital of the country since the Joseon Dynasty (1392-1910) and thus the envisioned capital relocation should be preceded by an amendment to the Constitution. Roh's vision has since been scaled down to the relocation of only some Cabinet ministries and government agencies to Sejong. 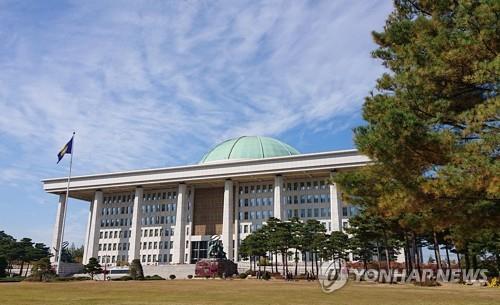 Since 2012, 36 government ministries and agencies have moved to the central administrative town, formally called the Sejong Special Self-governing City. At that time, some politicians affiliated with the liberal Democratic Party (DP), as well as residents of the Chungcheong provinces, which surround Sejong, began to float the idea of setting up branches of the National Assembly and Cheong Wa Dae, the presidential office, in the administrative city.

In 2016, former DP leader Lee Hae-chan and other lawmakers unsuccessfully attempted to pass a bill on the establishment of a parliamentary branch in Sejong through the National Assembly.

The eventual passage of the bill came after the main opposition People Power Party (PPP) recently dropped its objection, apparently considering voter sentiment in the central region ahead of the March 9 presidential election. The central region, encompassing the Chungcheong provinces, Daejeon and Sejong, is considered a swing area and has a huge influence on the results of national elections.

Lawmakers say the latest bill is expected to give further impetus to a separate move to relocate parts of Cheong Wa Dae's functions to Sejong.

"The National Assembly is set to open a new era in Sejong," DP Chairman Song Young-gil said in his Facebook post.

"The long-awaited wish of the Democratic Party has finally been attained and the remaining task is to make Sejong the administrative capital in name and reality," Song said.

The PPP's chapter in Sejong also vowed to do its best to ensure that parliament's Sejong branch will play a role for balanced national development.

The municipality of Sejong also promised its utmost efforts to turn the city into the nation's virtual political and administrative capital. 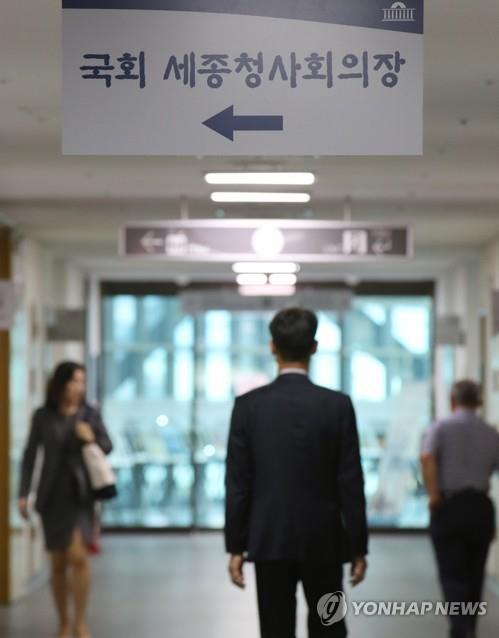 A group of 258 civic and social organizations nationwide welcomed the new bill, saying the Sejong assembly branch project will now be pushed "stably, sustainably and irreversibly," regardless of the outcome of the upcoming presidential polls.

A 616,000-square-meter lot of land near Sejong Lake Park and Sejong National Arboretum is mentioned as one of the candidate sites to host the National Assembly branch, and construction is expected to begin in 2024 at the earliest.

Some watchers speculate that the parliament's budget and accounts committee, as well as 11 other standing committees that oversee government ministries based in Sejong, or about two-thirds of the parliamentary functions, are highly likely to leave Seoul, but the detailed relocation plans may be finalized by the next administration.