According to the land ministry report submitted to Rep. Park Sang-hyuk of the ruling Democratic Party, a total of 1,568 complaints on noisy neighbors were reported last year, up about 60 percent from 979 in 2019.

As of July this year, 967 cases have already been reported, with the yearly tally expected to surpass last year's total.

The number of complaints on second-hand smoking stood at 256 last year, more than twofold compared with the previous year. Over 165 similar complaints have also been filed from January to July of this year. 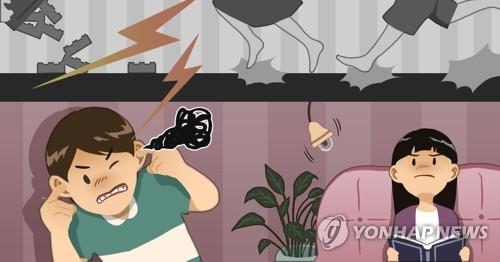 Capturing headlines as of late was a case in which a man in Yeosu, 455 kilometers southwest of Seoul, was arrested for allegedly murdering a couple living upstairs in an apartment over a noise dispute.

"We should come up with effective measures to resolve the issue as people are spending more time at home amid the pandemic due to remote work (and other social distancing rules)," Park said.

Under current laws, smoking in private spaces, including in apartments, is not banned despite the spread of cigarette smoke, while noise disputes can only be dealt with through civil lawsuits.

As part of efforts to ease tensions between neighbors, the land ministry recently decided to adopt a program that measures noise caused by impacts to floors at apartment buildings, but it is unlikely to begin until the end of next year due to procedural issues.