SEOUL, Sept. 29 (Yonhap) -- U.S. streaming giant Netflix said Wednesday that its Korean investment over the past five years has led to an economic effect worth 5.6 trillion won (US$4.7 billion) in South Korea's entertainment-related industry.

In an online event titled "Netflix Partner Day," the company said it has injected 770 billion won over the last five years and promised to funnel 550 billion won into creating South Korean projects this year alone.

"The investment has generated 5.6 trillion won in cumulative economic effect and created 16,000 jobs in various industries related to entertainment and content creation," said Kang Dong-han, the company's vice president of content for Korea. "And other industries like fashion and food have received a ripple effect worth an additional 2.7 trillion won."

He said Netflix has presented some 80 Korean-language films, TV series and variety shows to 190 nations since its Korean entry in 2015, including the latest sensation "Squid Game."

The nine-part survival series, written and directed by Hwang Dong-hyuk, revolves around a group of people taking part in a series of deadly games to win 45.6 billion won in prize money. It has remained on the top of the world's popular Netflix TV show rankings offered by streaming analytics firm FlixPatrol for about 10 days.

"This year will be meaningful for South Korean content becoming mainstream in the world's pop culture," the Netflix official said. "Shows made by Korean creators in collaboration with Netflix have spread all over the world, including North America, Europe and Africa, beyond Asia."

Netflix said its original content production in South Korea has teamed up with Korean experts not only in the acting, directing and screenwriting fields but also in post-production sectors like special makeup, sound effects, color grading, visual effects, translating and dubbing.

It introduced Korean partners like Technical Art Studio CELL, a leading special effects and makeup company, and Dexter Studios, a VFX post-production and film production company, who have contributed to a number of its originals, including the historical zombie series "Kingdom" (2019), the monster horror show "Sweet Home" (2020) and the space opera "Space Sweepers" (2021). 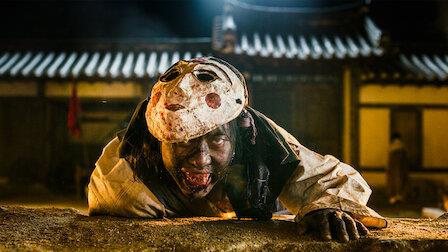