SEOUL, Sept. 30 (Yonhap) -- North Korean leader Kim Jong-un said cross-border communication lines with South Korea will be restored in early October as part of efforts to improve chilled relations but warned that it is entirely up to Seoul to determine the future trajectory of their ties, state media reported Thursday.

In a speech at the second-day session of the Supreme People's Assembly on Wednesday, Kim also said the U.S.' hostile policy toward Pyongyang has not changed at all since the Joe Biden administration took office early this year and its offer to hold talks without preconditions is nothing but "a petty trick for ... hiding its hostile acts."

"The United States harbors no hostile intent toward the DPRK," a State Department spokesperson told Yonhap News Agency in an email, referring to the North by the acronym of its official name, Democratic People's Republic of Korea.

"Our policy calls for a calibrated, practical approach that is open to and will explore diplomacy with the DPRK to make tangible progress that increases the security of the United States, our allies and our deployed forces," the official said. "We are prepared to meet with the DPRK without preconditions. We hope the DPRK will respond positively to our outreach."

Inter-Korean relations have remained in a deadlock since the no-deal summit between the U.S. and North Korea in early 2019. The ties chilled further after North Korea blew up the Kaesong liaison office and cut off all cross-border communication lines last year in protest of anti-Pyongyang leaflets sent from the South.

The hotlines were briefly back in operation in late July, but the North began refusing Seoul's regular calls again two weeks later as it bristled at joint military drills by South Korea and the U.S. that the North has long denounced as a rehearsal for invasion.

In recent weeks, however, the North has signaled a willingness to improve ties with the South, even holding out the prospect of an inter-Korean summit on the condition Seoul drops its "double standards" of criticizing the North's "defensive" weapons tests while justifying its arms build-up.

And leader Kim said the hotlines with the South will be restored.

"He expressed the intention to see to it that the North-South communication lines that had been cut off due to the deteriorated inter-Korean relations are restored first from early October," the official Korean Central News Agency said.

The restoration will be "as part of the efforts for realizing the expectations and desire of the entire Korean nation to see the earlier recovery of the North-South relations from the present deadlock and durable peace settling in the Korean peninsula," Kim was quoted as saying. 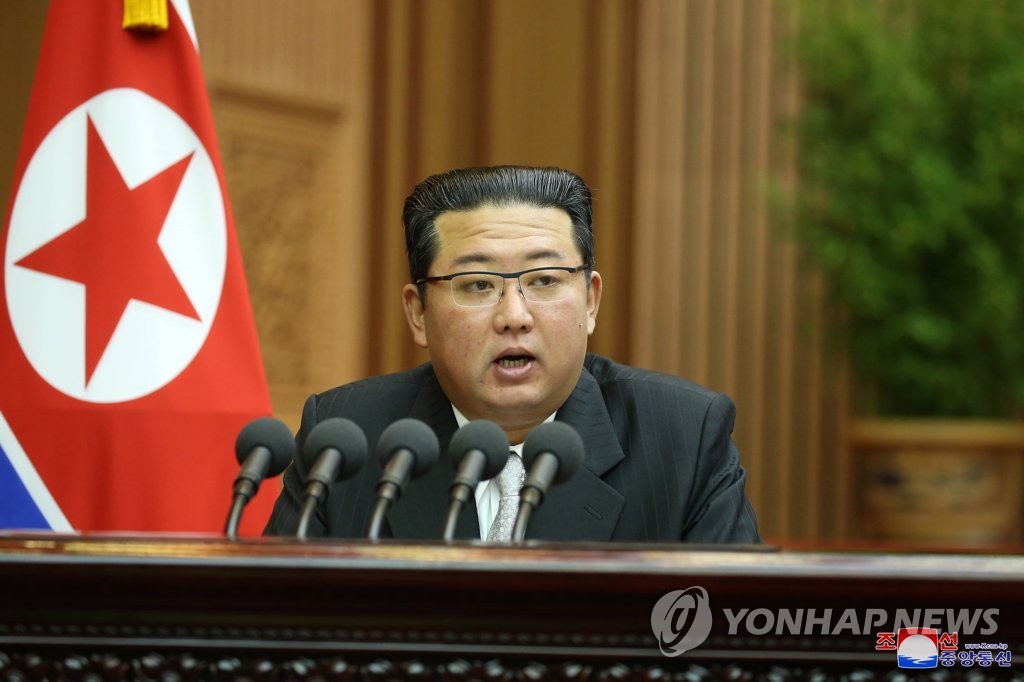 "We have neither aim nor reason to provoke South Korea and no idea to harm it and it is necessary for South Korea to promptly get rid of the delusion, crisis awareness and awareness of getting harmed that it should deter the North's provocation," Kim said.

He also said that it "depends on the attitude of the South Korean authorities whether the inter-Korean relations would be restored and develop onto a new stage or continue to keep the present state of worsening."

Kim urged Seoul to drop its "double-dealing attitude" first before seeking a declaration to formally end the Korean War recently proposed by President Moon Jae-in, saying it is up to Seoul to determine the future trajectory of inter-Korean ties.

North Korea recently ratcheted up tensions by conducting its first test-launch of a hypersonic missile. This marked the sixth major weapons test and came about two weeks after it fired two short-range ballistic missiles into the East Sea, which drew condemnation from Seoul and Washington as Pyongyang is banned from using ballistic technology under U.N. sanctions.

With regard to the U.S., Kim said that Washington's military threats and hostile policy against Pyongyang have not changed at all and have become more "cunning" since the new administration took office early this year.

"The U.S. remains utterly unchanged in posing military threats and pursuing hostile policy toward the DPRK but employs more cunning ways and methods in doing so, as proven by the deeds done by it over the past eight months since the emergence of its new administration," he was quoted as saying.

"The U.S. is touting 'diplomatic engagement' and 'dialogue without preconditions,' but it is no more than a petty trick for deceiving the international community and hiding its hostile acts and an extension of the hostile policy pursued by the successive U.S. administrations," he added.

Kim said, "The international relations has been reduced to the structure of 'neo-Cold War' due to the U.S. unilateral and prejudiced bloc-forming style external policy" and ordered his staff to map out "tactical measures for thoroughly implementing the strategic policy" toward the U.S. 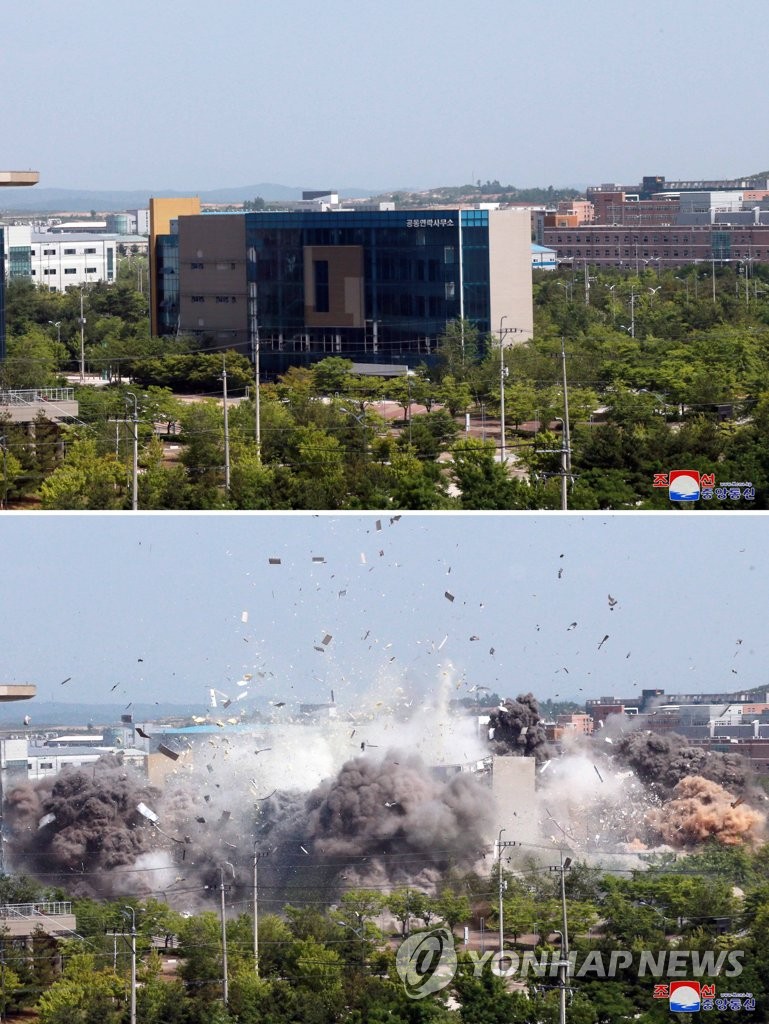